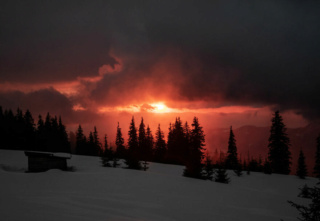 Warsaw, 27 November 1996 (RFE/RL) -- Government officials and law enforcement officers, insurance experts and others will gather in Warsaw next week to hold an international conference on car theft and illegal trafficking in stolen vehicles.

Under the auspices of the United Nations, the conference will bring together experts from about 40 countries at the Polish defense ministry on Monday and Tuesday.

The problem of stolen vehicles and trafficking in stolen cars is huge, by any standard, not only for Poland but for the whole of Europe.

The United States and Canada are concerned because it's clear that some cars stolen on their territory are actually reaching Poland. They are being transported by sea from American ports by Polish and other ships, to the ports of Gdynia, Gdansk and Szczecin.

An RFE/RL correspondent in Warsaw recalls that such a racket was uncovered by Polish police last year. Organized centers in Chicago, Toronto and elsewhere were giving cars a "new identity" before shipping them. One problem has been of course, that many cars have been imported legally from North America by returning Poles. But how many cars can you own? The record holder in this respect was a man who brought in about 160 cars registered in his name, which he imported tax free and then sold.

Most stolen cars brought to Poland, however, arrive from Western Europe, particularly Germany. Western insurance companies have taken drastic steps to avoid further financial losses. Some Austrian companies, for example, warn policy holders that they will not be re-imbursed for cars stolen in Eastern Europe

In Germany, some insurers require prior notification from their clients if they intend to go East. The net effect, says a Warsaw insurance broker, is that the car owner visits the East "at his own risk".

"The end result for Poland can be devastating", said a police official this week. He said many tourists could start avoiding the region altogether.

As the cars seep through into Poland from the West, they can disappear even more quickly into the East. There are few controls, if any, on the Eastern Polish border with Belarus, ukraine and Lithuania. A car stolen in Warsaw at 5 p.m. can cross an Eastern border two hours later into a "safe" area. Tighter border controls are therefore needed.

But of course not all stolen vehicles use Poland merely as a transit area, as many Poles like to believe. A lot of the vehicles find proud local owners after they are equipped with papers or dismantled so that their constituent parts can re-assembled in less easily-traced combinations. Foreign car parts businesses are growing like mushrooms after the rain, mainly along Poland's major highways. Not only foreign vehicles are involved of course. Police recently discovered 16 Polish-made cars all with the same documents and the same technical numbers.

Administrative hurdles are easily overcome by car thieves. For instance, regional motor registries have few if any computer files, number plates are frequently stolen by thieves, or even sold by officials, police services have little grip on the problem and in some cases are thought to be working with the criminals. The list of problems is formidable.