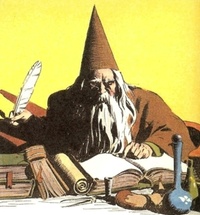 o be able to place the Faktograf story in a context, we need to explore the background of the one who actually enabled Faktograf to be Faktograf; respectfully, we have to find answers to the questions such as

what is IFCN, the network of fast-checkers to which Faktograf belongs,
what is the Poynter Institute that launched the network,
who finances them all, and finally,
what is the profile of the project.

Let us start with the Poynter Institute, which is essentially the originator of the idea.

It is a non-profit school of journalism that also owns the Tampa Bay Times.

The Tampa Bay Times is one of the media pillars of the American Democratic Party in Florida, a state that, say from 1980 onwards, selected Republican presidential candidates as many as 7 times out of the total of possible 10 times.

During the same period, the Tampa Bay Times always supported the Democratic Party exclusively from the very beginning, giving them the political patronage that is traditional for the media practice there.

These newspapers enjoy high respect at the national level, they have given birth to a couple of Pulitzer candidates, and naturally, they recruit their staff also from the Poynter Institute.

Among the main funders of the Poynter Institute, which is easy to check on their website, is the Open Society of George Soros, a billionaire and philanthropist who has taken root among these Balkan’s ravines, among other things, as a kind of right-wing Chupacabra, a mythical bat whose diet is, as word of mouth says, based on the blood and flesh of the right-wing political herd.

However, the institute that created the framework in which Faktograf operates is not funded exclusively by George Soros.

The Omidyar Network, the foundation of Pierre Omidyar, a multibillionaire and founder of eBay, also gives Poynter and IFCN plenty of money.

At the international level, Omidyar is known as a fighter for the “left cause” and collaborates with Soros’s Open Society on numerous projects throughout the United States.

Perhaps the most controversial moment in the Poynter’s recent history occurred last year when the institute compiled a blacklist of portals it labelled as unreliable.

It then invited the advertisers to deny support to those on the list that included, among others, the quite correct, conservative media such as the Washington Examiner or The Washington Free Beacon.

After the expected scandal, Poynter withdrew the list, apologized, and blamed everything the ‘methodological clumsiness’ in drafting the appeal.

How is Faktograf financed? Colleagues say that in addition to the US Embassy, ​​the project is financially supported by the NED (National Endowment for Democracy) and the Tech-Soup Foundation, whose main financier is the Bill and Melinda Gates Foundation. Projects have largely funded the Faktograf’s work to date won in NED tenders, a somewhat controversial American agency in one part of the world that, when founded in 1983, set itself a pretty ethereal goal; of ‘promoting democracy in the world.’

This is, for example, the first civilian organization that Russia banned from operating on its soil in 2015. The Chinese accused them of being behind the protests in Hong Kong. Even The New York Times wrote about the NED as an umbrella organization that encouraged and funded the Arab Spring through various NGO affiliates.

GONG is today the only publisher of Faktograf. He owns two subsidiaries, GRIF Services d.o.o. and GES consulting d.o.o.