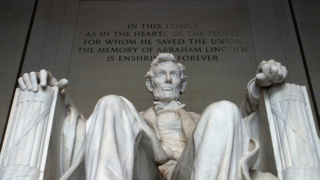 Prince Philip: The Vanuatu tribes mourning the death of their 'god'
They will likely conduct ritualistic dance, hold a procession, and display memorabilia of Prince Philip, while the men will drink kava, a ceremonial drink made from the roots of the kava plant.

This will culminate with a "significant gathering" as a final act of mourning. "There will be a great deal of wealth on display" which would mean yams and kava plants, says Vanuatu-based journalist Dan McGarry.

"And also pigs, because they are a primary source of protein. I would expect numerous pigs to be killed for the ceremonial event."

Monday's meeting saw a couple of hundred people gather under giant banyan trees, according to Mr McGarry who is on Tanna.


The Prince Philip Movement is a religious sect followed by the Kastom people around the villages of Yaohnanen and Yakel on the southern island of Tanna in Vanuatu. It is a cargo cult of the Yaohnanen tribe, who believe in the divinity of Prince Philip, Duke of Edinburgh (1921–2021), the consort to Queen Elizabeth II.

According to ancient Yaohnanen tales, the son of a mountain spirit travelled over the seas to a distant land. There, he married a powerful woman and in time would return to them. He was sometimes said to be a brother to John Frum.

It is unclear just when this belief came about, but it was probably some time in the 1950s or 1960s. It was strengthened by the royal couple's official visit to Vanuatu in 1974, when a few villagers had the opportunity to actually see Prince Philip from a distance. The Prince was not then aware of the sect, but it was brought to his attention several years later by John Champion, the British Resident Commissioner in the New Hebrides.

Champion suggested that Prince Philip send them a portrait of himself. He agreed and sent a signed official photograph. The villagers responded by sending him a traditional pig-killing club called a nal-nal. In compliance with their request, the Prince sent a photograph of himself posing with the club. Another photograph was sent in 2000. All three photographs were kept by Chief Jack Naiva, who died in 2009.

Anne, Princess Royal, visited Tanna Island in October 2014. She is the only daughter of Queen Elizabeth II and Prince Philip. She had visited Vanuatu in 1974, but had not previously travelled to the island. Charles, Prince of Wales visited the island in 2018.

On 27 September 2007, Channel 4 broadcast Meet the Natives, a reality show about five Tanna men from the Prince Philip Movement on a visit to Britain. Their trip culminated in an off-screen audience with Philip, where gifts were exchanged, including a new photograph of the Prince.