It's widely accepted that Multiple Sclerosis (MS) is an autoimmune disease. The cause of MS is unknown and there is no cure. But some maverick doctors contend that MS is triggered by an infection which can be treated. It's believed that a common bacterium,
Chlamydia pneumoniae can infect blood vessels in the brain and spinal cord and ultimately lead to nerve damage. Maryanne Demasi meets the doctors who are at odds with neurologists in proposing that an early diagnosis of MS could be cured with something as simple as antibiotics.

What if I told you that there is a common thread tying many inflammatory and autoimmune diseases to one another? For decades there have been articles and studies published in reputable, peer-reviewed medical journals on just this topic. Don’t take my word for it, a complete list of references appears at the bottom of this article.

Bacteria, which we commonly think of in an acute setting (strep throat, skin infections, pneumonia to name a few), also exist in a chronic infectious state in our bodies. Some of these passengers have a unique ability to enter the very building blocks of our existence, our cells.

One particular bacterium, Chlamydia pneumoniae (CpN), is an extremely common respiratory pathogen spread through airborne particles of infected saliva 1-6. For reasons unclear, in some people this acute respiratory infection leads to chronic infection.

It has been strongly implicated in Asthma 24-42, and the effect of this infestation can be seen in other locations throughout the body. These bacteria like to infect the cells that make up the immune system, and in doing so, hitch a free ride to other locations 7-9. They are called “intracellular”, atypical bacteria.

Some of the other places they have been found are the atherosclerotic plaques in those afflicted with Heart Disease 15-23, the brains and spinal fluid of Alzheimer’s 43-59 and Multiple Sclerosis 60-72 patients, and the joints of those suffering from Arthritis 73-82.

So, why is it problematic to find bacteria within our building blocks in these locations? The answer lies within the bug.

In order to thrive and build a family, C. pneumoniae in particular needs energy, or fuel. It essentially robs the infected cell of the very thing it requires to do its job properly. Cells are meant to perform functions in their location like dividing, and when the cell is defective or no longer needed, it is supposed to die.

The cell that becomes a CpN hotel is being depleted of a vital chemical called ATP 10, which it needs to perform cell division and apoptosis (cell suicide) 11-14. When cells fail to divide and die when they’re supposed to, it is interrupting the foundational process in that location of the body.

In addition to this one bacterium there are other important ones that are Intracellular, like Borrelia burgdorferi aka Lyme Disease 55-57, Mycoplasma 30, 33, Bartonella (also tick-borne)83, and many others.

When you step back and regard the body of research on these organisms and chronic inflammatory diseases, the result is staggering and simply can’t be ignored.

Intracell Research Group (IRG) is the answer to 3 long overdue questions: How can we connect the physicians with the knowledge on this topic with those who don’t? What research is needed to impact standard of care? Where will critical research funding come from once the importance of this issue is acknowledged?

The mission of IRG is simple; to reduce unnecessary human suffering related to these infections. By connecting lead researchers and physicians working in this field to one another, we are sharing collective knowledge in the various diseases. The creation of a physician/healthcare provider website will pool all of the relevant research in one concise location and allow providers and researchers to reach out to one another. Finally, it will serve as a vital connector-piece between entities with financial resources and the academic medical centers conducting this research.

Understanding the role that intracellular infection plays in chronic human conditions may well be the biggest advancement medicine has seen since the discovery of Penicillin.

While more research is certainly called for, there is already more than enough to demand attention. As Arthur Schopenhauer said, “All truth passes through three stages. First, it is ridiculed. Second, it is violently opposed. Third, it is accepted as being self-evident.”

Join me by sharing the intracellresearchgroup site so that we can expedite the ridicule and opposition phase and replace it with awareness, solid science, and an answer for hundreds of thousands of sick people.

Say Chlamydia pneumoniae and before you get to pneumoniae most people think of a sexually transmitted disease.

“As soon as people hear the name Chlamydia their ears shut down,” said Dr. Charles W. Stratton, associate professor of Pathology. “They either don’t hear or don’t understand the second part – pneumoniae. They think of Chlamydia trachomatis, a common cause of sexually transmitted diseases. c is the one that’s not fun to catch.”

The Chlamydia pneumoniae (C. pneumoniae) organism, first described in 1988, is not the sexually-transmitted type. It is an airborne organism that you get from breathing after a person carrying the organism has coughed.

It’s how they work inside the body that Stratton, Dr. William M. Mitchell, professor of Pathology, and colleagues have been looking at for the past five years.

The study of the organism has intensified as Stratton’s colleagues at Vanderbilt and other medical centers around the country, including Johns Hopkins and The Mayo Clinic, look at the role of Chlamydia in diseases such as Multiple Sclerosis, Rheumatoid Arthritis, Pyoderma gangrenosum, Coronary Artery Disease and Interstitial Cystitis.

Stratton said that Chlamydia is sneaky. When viruses invade a cell, if they are active, they integrate in the human DNA and basically take over the cell.

“They tell the cell, ‘Ok, today, we’re going to do nothing but make viruses and the cell often dies in this process,” Stratton said. Chlamydia works in a different way. First, when you breathe in Chlamydia, it can infect the ciliated cells, the cells lining the airways. Ciliated cells are like an escalator that moves mucus along. Chlamydia can paralyze the ciliated cells because it steals their energy. So the host has a nasty respiratory infection.

When you have an active infection of any kind, the body has an immune response to it. Part of the immune response is that monocytes and macrophages try to engulf the pathogen and kill it.

But they can’t always kill Chlamydia. Instead, they disseminate the organism to peripheral blood mononuclear cells and the organism can silently infect other cells in the body. “With these cryptic infections, you don’t have symptoms. And because Chlamydia isn’t really a virus, when it’s causing a cryptic infection, it’s metabolizing. It’s eating, drinking, singing and dancing. It’s alive.”

Since Chlamydia can’t make its own energy, it has to steal energy from the human cell. This means the chlamydia-infected cell doesn’t work well. “If Chlamydia is actively metabolizing in a cell, it’s up to no good. It’s stealing energy. I can’t picture anything good coming from chlamydia being in a human cell.”

Chlamydia also likes to infect endothelial cells, the cells that line blood vessels. When there’s inflammation in the body, there often is angiogenesis, meaning new blood cells are formed. And Chlamydia is drawn to those cells. So if Chlamydia is in the peripheral blood mononuclear cells and there’s an inflammation in the host’s body, you’re “unlucky,” Stratton said. Any secondary inflammatory process could become secondarily infected by Chlamydia no matter what the source of the inflammation, Stratton said.

“If you have inflammation, a spider bite, a viral joint infection, viral meningitis or encephalitis, it doesn’t matter what it is, if a Chlamydia-infected cells happens to end up in that inflamed area, you may have just started yourself a Chlamydia farm.”

Stratton said this doesn’t necessarily mean that Chlamydia causes the disease, but it may play heavily into how the disease progresses. There may be many causes of MS, Rheumatoid Arthritis or other diseases in which Chlamydia is believed to play a role.

“One thought is that Chlamydia is not the cause of anything other than pneumonia but once it causes a lung infection and gets into your peripheral blood mononuclear cells, it’s available to cause secondary infections in other tissues if the infected white cells happen to go to those tissues.

HEALTHCARE PROVIDERS
Welcome to Intracell Research Group (IRG)! Intracellular pathogens like Chlamydia pneumoniae have been strongly implicated in the initiation and pathogenesis of many idiopathic autoimmune and inflammatory diseases. This site is the home to peer-reviewed research and articles on a variety of these conditions and pathogens. The idea is to see the body of information in one concise location.

Designed for healthcare providers, each piece of literature is annotated and linked to the publication. Regarding this in a macro view sheds light on the importance of intracellular infection. In healthcare everything is specialized, which makes good sense in terms of honing expertise. However, stepping back is just as crucial. The epidemiological view of this research is quite compelling and funding for further exploration is desperately needed.

PATIENTS
If you’re a patient, welcome to you, too! This is a resource that provides a place to direct your primary care doctor or specialist to access this information.

This has been created in collaboration with the IRG Scientific Advisory Board and with the sole purpose of reducing human suffering related to these infections. 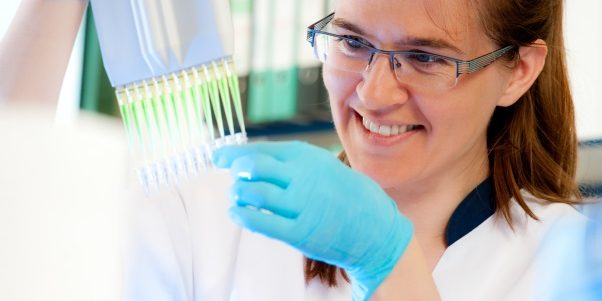 Your immune system is in charge of how quickly you age

According to newly published research, Stanford scientists have the first concrete evidence that the environment accounts for 70 percent of how the immune system works and changes over time, which affects aging and how vulnerable people are to diseases. 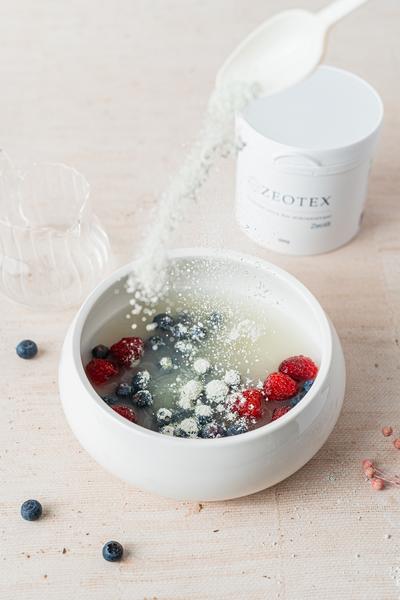