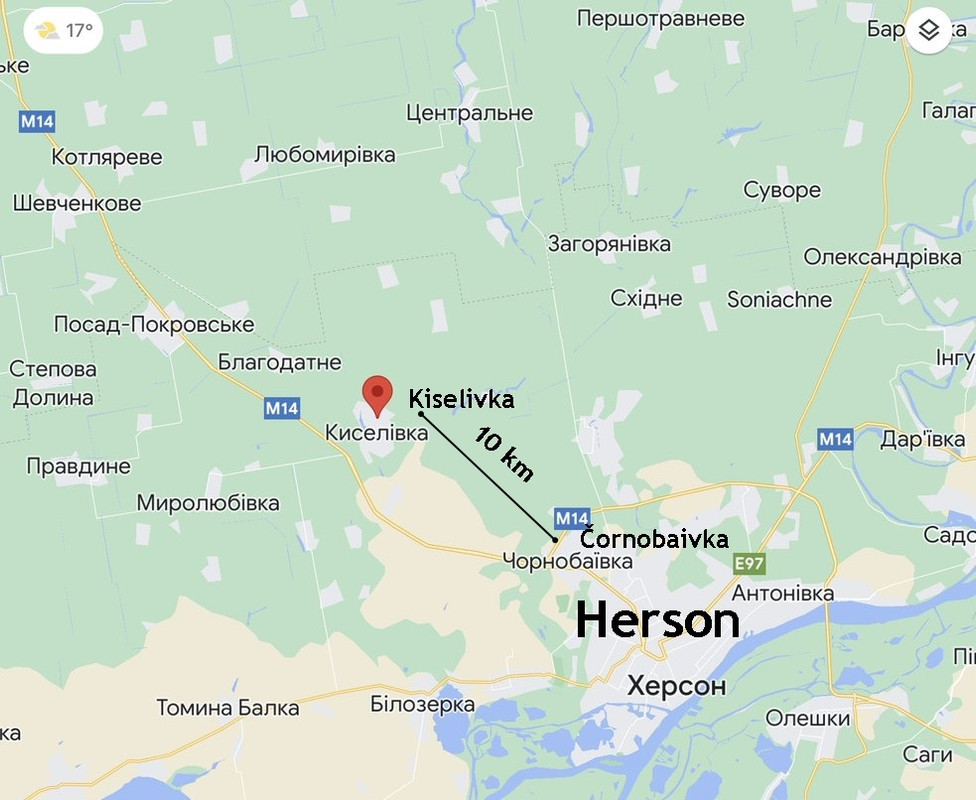 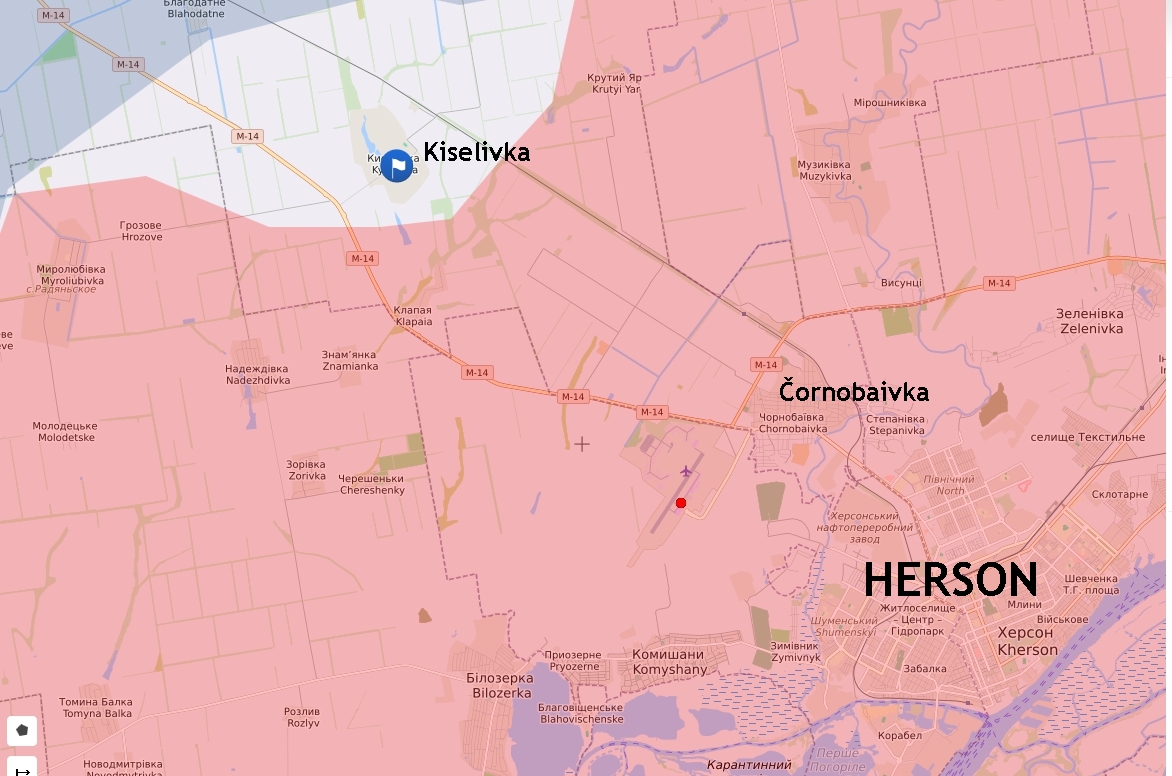 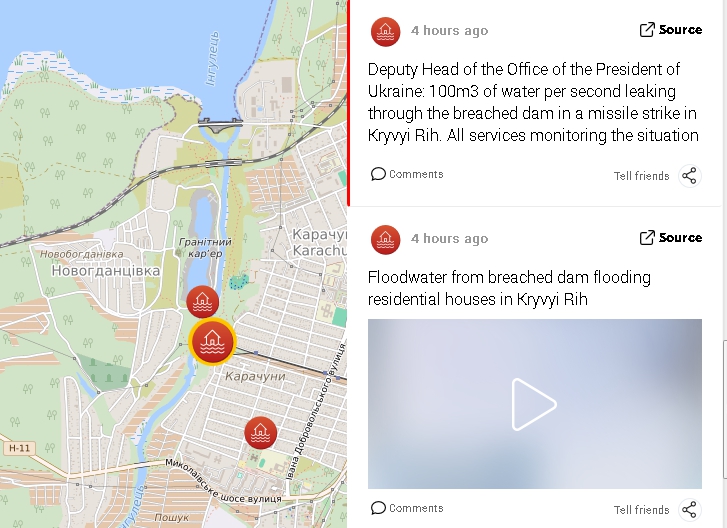 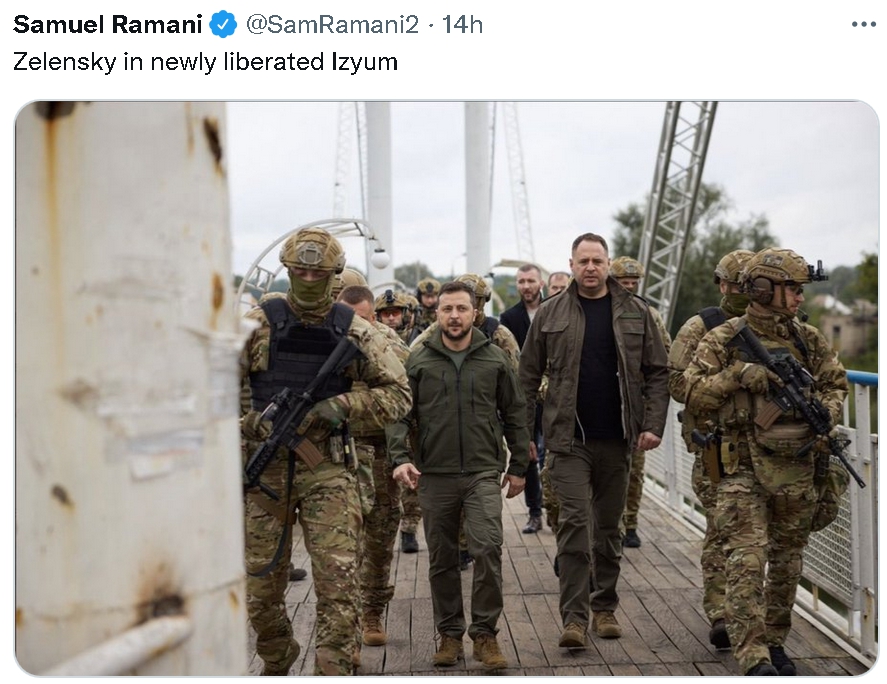 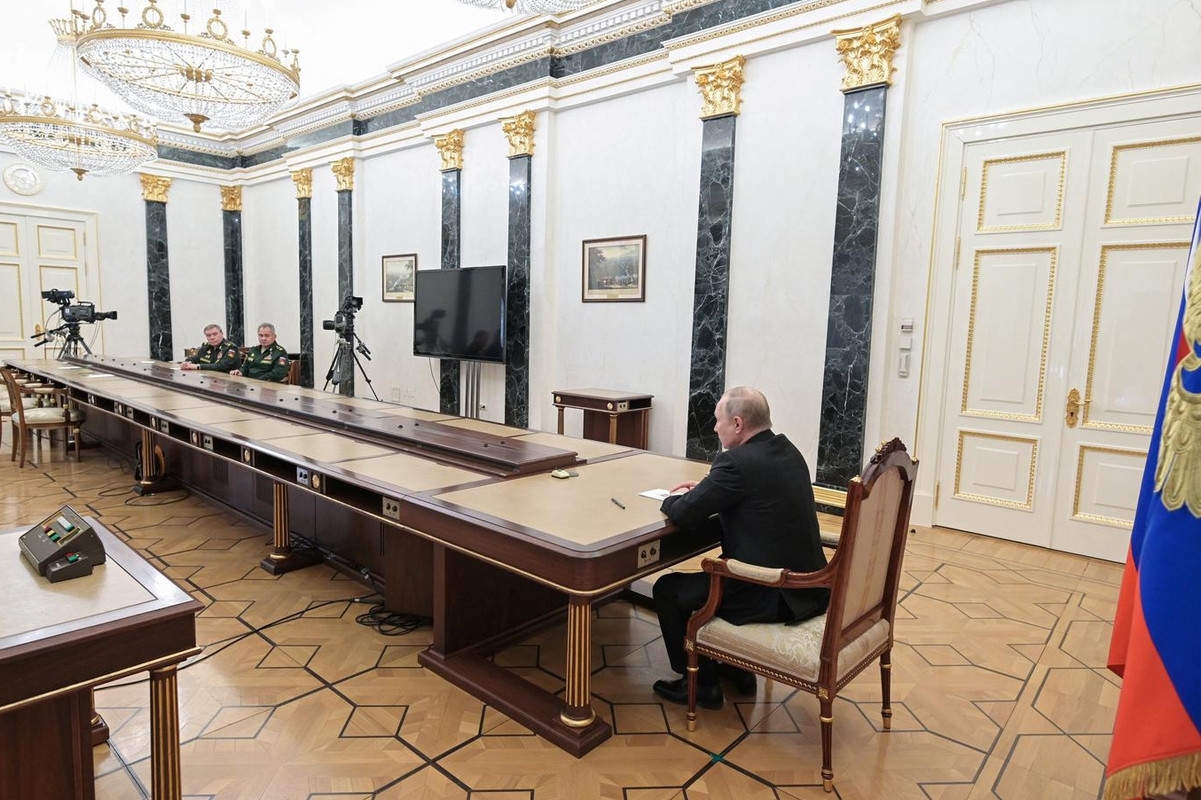 Following the withdrawal of the Russian Armed Forces troops from Kharkiv Region, the Ukrainian command is amassing forces to strike in other areas.

At about 9 am, 65th Separate Mechanized Infantry Brigade infantry company and several equipment pieces launched an offensive from the direction of Orikhiv against Russian positions near Nesteryanka locality.

The Ukrainian command's concept was to encircle the village from two sides. However, the attack collapsed almost immediately: the Russian Armed Forces units met the attackers with fire.

The advancing enemy equipment entered a Russian minefield that had been set up beforehand. The first to explode was a Western-made YPR-765 IFV, followed by a T-72 tank.

Having lost the military equipment, Ukrainian units withdrew to their original positions.

The Russian Armed Forces units captured three tank crew members, including the tank's commander in the rank of lieutenant. The AFU attack ended in total failure.

Nevertheless, this is by no means the last attempt of the enemy to attack the area.

The AFU's concept is to simultaneously create tension in several places in order to force the Russian Armed Forces to redeploy all reserves to possible breakthrough areas, and then to strike the main blow in one direction.

The morning attack of the Ukrainian landing from the side of the Kinburn Spit from the Black Sea to the Kherson region was repelled, the authorities of the region reported

Approximately 120 Ukrainian paratroopers who tried to land on the Kinburn Spit were destroyed by allied forces, Stremousov told RIA Novosti
_________________ 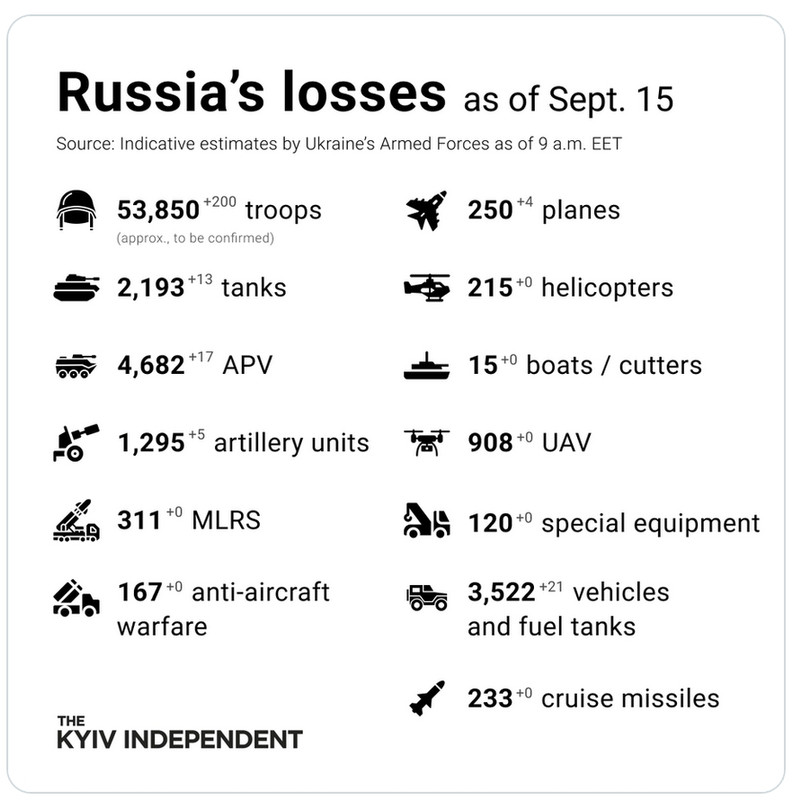 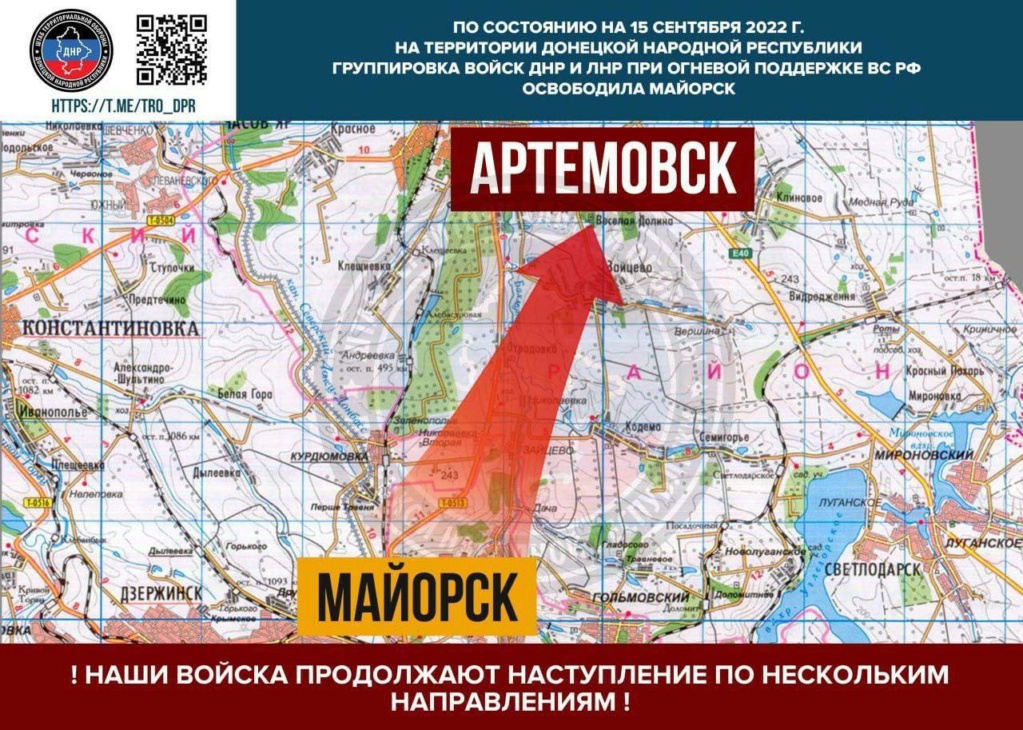 Just found out we were called "Russian pro-war bloggers" and that we seem to be upset.

I also found out that there many that follow us that were not here before. They are the"Breivik".  The residual nazi human trash - a coward psychopath led by his hate who attacks vulnerable. Berivics eventually fail. They're not worth attention, yet they better be identified  and sorted out early. Psychopaths thrive on negative emotions they are in constant need to cause. I prefer schizophrenic. As long as you agree with them they let you in.

Let's go back to the fronts. The strict universe of military doctrine provides little space for day dreaming.

Read between the lines:

"... Khokhol rushes from all sides, attacks from Svyatogorsk and Kupyansk, attacks with large forces. Apparently, right now Kiev has introduced almost all the reserves."


An advance is being made using all the reserves with no army to follow.

According to the mil. doctrine one army must break the defenses to set a up passage for the bigger army to step in and take control.

AFU is a cannon-fodder with no tactical outcome. Acting against an opponent that:

1. Still has only applied 15% of it personnel and ammo potential.

2. Did not declare a war and is limited by the soft rules of Special Operation.

3. Has moral and patriotic advantage.

The current events are mainly aimed at demoralizing the Russian troops and people as there's no tactical advantage  to this blind application of all the forces available near-by the Russian borders.

Upon not figuring out they would do such a pointless thing after Kherson we are literally in need to take them around the field and exterminate them in qualities as they "advance" into nowhere.

Russian pro war bloggers are often ex soldiers or low rank commanders. They say the truth about each local battle. But these valuable pieces must be laid on the table all together and analyzed according to the military doctrine. It is a very advanced science with laws and formulas. It has its own logic. And the most ridiculous thing is to see a civilian couch fighter express his "deep feelings" and make forecasts.

The forecast is only one: we will exterminate them.

Zaporozhye Front: Details of an attempted breakthrough in the Nesteryanka area

This morning, September 14, units from the 65th motorized infantry brigade of militants of the Armed Forces of Ukraine attempted to break through the defense of units of the 503rd motorized rifle regiment of the 19th motorized rifle division near the settlement of Nesteryanka, Zaporozhye region.

As a result of three unsuccessful attempts to break through our defenses, thanks to the skillful actions of artillery crews and the fire of motorized rifle units, the advancing enemy was stopped, having suffered heavy losses and retreated to their positions. As a result of the battle, an enemy tank was destroyed by RPG fire, the crew of which survived, but was abandoned by colleagues while fleeing from the battlefield.

As a result of the clash, Zelensky's militants lost more than 50 people killed. Three tanks were destroyed, three American-made M113 armored personnel carriers, seven people were taken prisoner, one of whom was an officer.

During the interrogation of the prisoners, it was established that the units were poorly staffed, most of which were reservists who had not even undergone minimal training and were thrown into battle like cannon fodder.
https://t.me/SolovievLive/127215?single

In the Nikolaev-Kryvyi Rih direction, Ukrainian troops lost another 150 soldiers during the ongoing offensive attempts

Russian aviation, missile troops and artillery destroyed the Ukrainian MLRS "Hurricane" in the Krasny Liman region of the DPR, a US-made AN / TPQ-64 radar station in the Nikolaev region and four ammunition depots in the DPR and Kharkiv region

Russian aviation destroyed up to 250 Ukrainian soldiers in the DPR with high-precision weapons. Fighters of the Russian Aerospace Forces destroyed a Ukrainian Mi-8 helicopter with saboteurs in the Kherson region

The RF Armed Forces with precision strikes on the 65th mechanized and 68th infantry jaeger brigades in Novoselivka and Dobropolye, Zaporozhye region, destroyed up to 70 Ukrainian militants and five units of military equipment

Putin discussed by phone with UN Secretary General Guterres the situation around the Zaporozhye nuclear power plant, the upcoming trip of the UN mission to investigate the facts of the shelling of the pre-trial detention center in Yelenovka, as well as the progress of the food deal. Putin and Guterres agreed on further work on the Russia-UN line at various levels

The Russian Federation believes that the Western "curators of Kyiv" will not agree to a peaceful settlement of the Ukrainian conflict and will continue to push it to new suicidal adventures, said Russian Ambassador to Washington Antonov

"The Russian Federation will not support the decision to allow Zelensky to send a rewritten appeal to the General Assembly, since a virtual speech is a violation of the rules" -  Nebenzya. 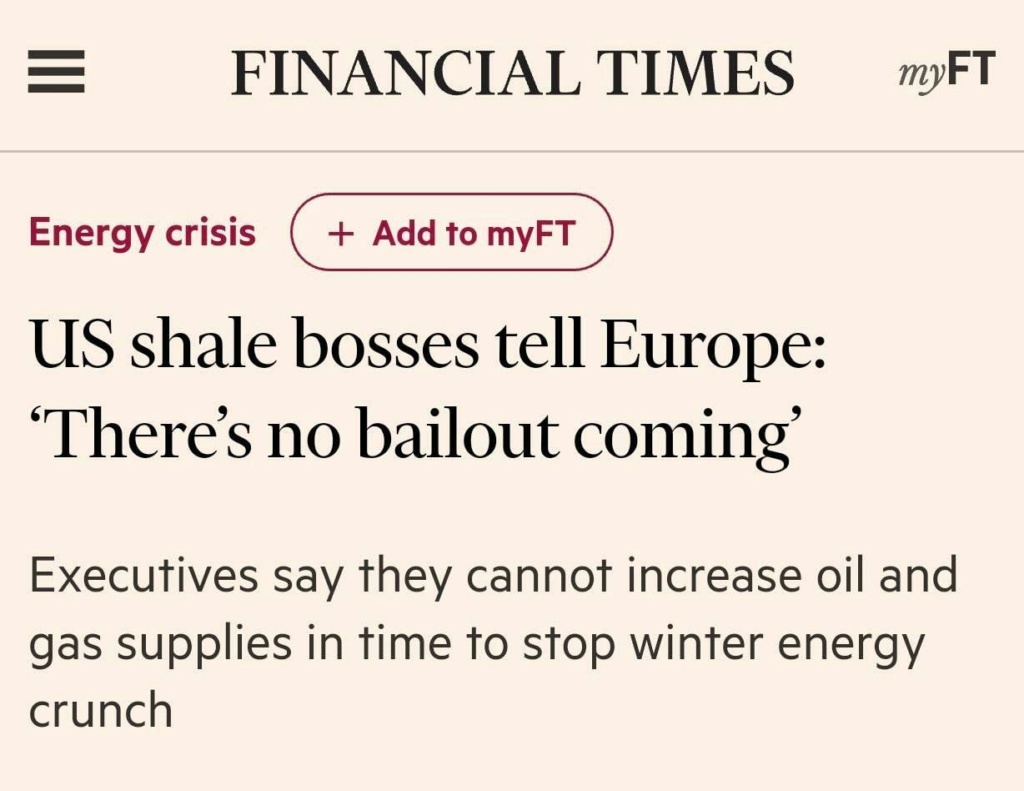 George Soros explicitly declares his involvement in the collapse of the USSR and an attempt to repeat the same thing in Russia.

Soros: “My first project… although the first was in South Africa… but then Eastern Europe and the USSR. As the Soviet empire collapsed, I moved in and picked up the pieces. First in Hungary in 1984, in Poland and China in 1987. So the Soros empire replaced the Soviet empire.”

Host: What are your plans?

Soros: “Now I am most involved in Russia. We repeat what happened in the USSR. But, unfortunately, there is a big difference. When the Union was collapsed, Europe was experiencing its high integration. Now reverse, we have resurgent Russia, and the disintegrated Europe. Sad situation." 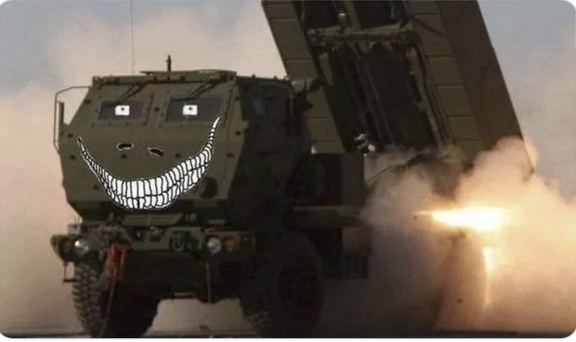 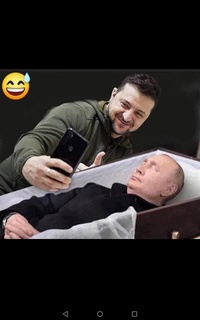