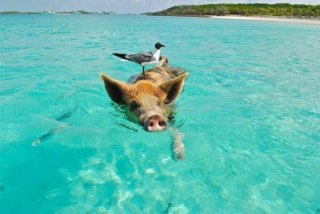 US central bank needs to increase interest rates more, chair says
The Federal Reserve must accelerate rate hikes further if it hopes to rein in inflation, its chairman claims

The Federal Reserve will have to further accelerate increasing interest rates in order to rein in inflation, which is already at 40-year highs, Fed chairman Jerome Powell told the Senate Banking Committee on Wednesday.

“I think that the most recent inflation indicators, [the] various kinds, suggest to us that we need to accelerate the pace at which we can get up to a level that is neutral,” he said, calling for a “restrictive policy” that would slow the growth of the monetary supply and reduce inflation to a “neutral” pace – the 2% target sought by the central bank.

Explaining the Fed’s aim at achieving an economic “soft landing” by keeping the job market growing even in the midst of interest rate hikes, Powell admitted success would be “very challenging.”

“We’ve never said it was going to be easy or straightforward. It’s going to be challenging and the events of the last few months have certainly made it more challenging. Nonetheless, there are pathways through which that could happen,” he pleaded.

However, in a nod to recent polls showing just 11% of Americans believe the “Putin’s price hike” explanation for the current state of the US economy, Powell noted that “inflation was high, certainly before the war in Ukraine broke out” when asked by Senator Bill Hagerty (R-Tennessee) about what precisely was causing the surging inflation.

Powell already announced a 0.75% interest rate hike last week, the largest in 28 years, bringing the total interest rate to 1.75%, in a move aimed at dropping inflation down to 2%. Projections published by the central bank suggested interest rates could be as high as 3.4% by the end of the year.

He said at the time that the Fed wasn’t planning on increasing the pace of its interest rate hikes. However, this week’s testimony before Congress indicates otherwise.

With inflation showing no signs of slowing, the central bank may feel the situation has become more urgent – inflation grew at an annualized rate of 8.6% in May, over four times the 2% target preferred by the central bank.

However, many economists are concerned that raising rates too much too quickly will plunge the US into a recession. The US economy will officially be in a recession if the second quarter does not reflect positive growth, as it has experienced negative 1.4% growth for the first quarter already.