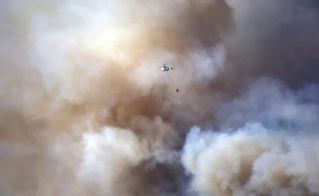 For centuries, Indigenous people have lived across North America from today’s Canada to the US and Mexico, dominating the continent with their simple, nature-friendly lifestyles.

But with colonialist European nations’ coming to the region in the late 16th century, things changed radically across North America as the British, Spanish and French empires began occupying large swathes of the continent, forcing Indigenous populations to abide by their laws and accept their culture.

In the process of brutal European colonisation, many Indigenous people have incrementally disappeared due to illnesses and epidemics, most of which were brought to the Americas by colonialists, as well as forced migrations and armed attacks imposed by colonial powers.

Two recent discoveries of hundreds of unmarked graves in Canada’s Catholic Church-run boarding schools have brought new attention to the country’s past assimilation policies for Indigenous people and its brutal consequences.

Canada’s boarding schools, where thousands of Indigenous children forcibly separated from their families were kept under inhumane conditions, had been long used as means of assimilation, turning Indigenous-origin people into a Canadian-European way of life.

Thousands of Indigenous children, who ended up in those boarding schools, went missing while many survivors lost their national identity. Recently discovered unmarked graves in those former school fields are horrific testimonies of Canada’s past assimilation policies.

The Indian Act was also instrumental to create a school system, which still hovers on the country’s history, keeping its discriminatory legacy alive. In an open manifestation of colonial mentality, the school system aimed to educate the so-called "savage" communities and immerse them in "higher civilization" of Canada.

For this purpose, thousands of Indigenous children were separated from their families, ending up in church-run residential schools, where they were subjected to religious missionary, particularly by Catholic Church priests and nuns. They were also banned from speaking their own native language in a clear attempt to make them lose their cultural roots. Their names were also changed into European ones.

Recent discoveries of unmarked graves is the result of ongoing efforts of Indigenous community organisations and leaders to demonstrate the native people’s spiritual loyalty to their past and their losses despite having gone through intergenerational trauma and survived Canada’s past racist policies.

But those Catholic priests, who orchestrated abuse and other inhuman assimilation practices against Indigenous children in residential schools were not so spiritual, impregnating many girls during the process. According to the Catholic doctrine, priests could not have any sexual interaction with women or men. A considerable number of newly discovered unmarked graves were believed to be belonging to infants, whose Indigenous mothers were impregnated by Catholic priests. 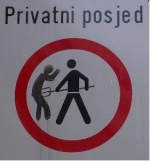