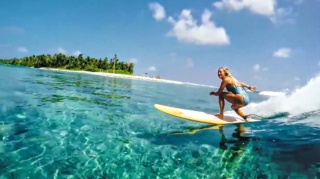 Bill Gates reportedly hoped Jeffrey Epstein would help him win a Nobel
By [size=20]Lee Brown[/size]
Bill Gates courted Jeffrey Epstein in the twisted belief the well-connected pedophile could help him get a Nobel Peace Prize, a former staffer claimed, according to a report Tuesday.
The Microsoft billionaire horrified staff with the meetings, which started in 2011 — when Epstein was already a convicted pedophile — and which reportedly left Gate’s wife Melinda so disturbed it helped drive the couple to divorce.
When his foundation’s PR team was first alerted to the friendship they were told it “was a maneuver to try to get himself a Nobel Peace Prize,” an anonymous foundation employee told The Daily Beast.
As well as staying at the multi-millionaire pervert’s Upper East Side mansion, Gates joined Epstein in a trip to Europe in March 2013, according to Dagens Næringsliv, Norway’s largest business newspaper.
The pair visited the Strasbourg home of Thorbjorn Jagland, who at the time was chair of the committee which awards the Peace Prize, the paper noted, saying Gates was being touted as a recipient at the time.
Bill Gates allegedly hoped Jeffrey Epstein could use his connections to help him get a Nobel Peace Prize.
“They came to my Residence with their respective delegations,” Jagland wrote in an email of the visit, the paper said.
The ex-staffer at Gates’ foundation told The Daily Beast that staff long feared the boss was risking “potential reputational risks for the foundation” with his ties to Epstein.
Jeffrey Epstein and Bill Gates paid a visit to Nobel Committee chairman Thorbjoern Jagland in March 2013.WireImage
“Even back then, people knew this guy wasn’t squeaky clean,” the person told the outlet, referring to Epstein.
But Gates “thought that Jeffrey would be able to help him, that he would know the right people, or some kind of way to massage things, so he could get the Nobel Peace Prize, which is what Bill wants more than anything else in the world,” the staffer said.
“I think he was ultimately disappointed it didn’t work out,” the sources insisted to The Daily Beast.
It was also “not a secret” that the billionaire “had dalliances,” the former staffer told the outlet of affairs while he was married to Melinda.
“I don’t think it was a wink-wink permissive thing at all. I think she was humiliated and did not like it,” he said of Gates’ now-estranged wife.
Gates has long denied having a “business partnership or personal friendship with Epstein.”
“Bill Gates regrets ever meeting with Epstein and recognizes it was an error in judgment to do so,” his spokesperson told The Post Tuesday, repeating a statement first made in 2019.
The spokesperson also insisted that it is “absolutely false to state that Bill Gates set the Nobel Prize as a goal or campaigned for it in any way.”
“If Epstein had a plan or motivation to insert himself into any processes related to any awards or honors on behalf of Gates, neither Gates nor anyone he works with was aware of his intentions and they would have rejected any offers for assistance,” the rep insisted Tuesday.
The staffer claimed the Nobel Peace Prize is “what Bill wants more than anything else in the world.”Getty Images
A spokesperson had made a similar denial to The Daily Beast — while conceding that “a Nobel Prize would certainly be a great honor.”