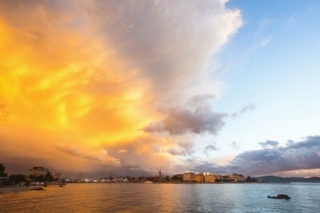 Macron warns the US is an existential threat to France
https://www.independentsentinel.com/macron-warns-the-us-is-an-existential-threat-to-france/
The threat is said to be existential. It fuels secessionism. Gnaws at national unity. Abets Islamism. Attacks France’s intellectual and cultural heritage. That threat is the United States wokism and cancel culture.
AMERCIANS PUSHING A HATE WHITE CIVILIZATION AGENDA
Some French intellects have also argued that American universities are to blame for giving justification to acts of terrorism carried out by Muslims.
Historian Pierre-André Taguieff argued in the same way that the “American-style black question” was a “totally artificial importation” to France.
He said that it was all driven by “hatred of the West, as a white civilization”
[It’s a totally artificial import to the U.S. also. It’s imported from the past and it is anti-white hatred and extremely far-left ideology driving it.]
“The common agenda of these enemies of European civilization can be summed up in three words: decolonize, demasculate, de-Europeanize,” Taguieff said.
“Straight white male — that’s the culprit to condemn and the enemy to eliminate.”
Mass protests in France against police violence, inspired by the killing of George Floyd, challenged the official dismissal of race and systemic racism. A #MeToo generation of feminists confronted both male power and older feminists.

JOE BIDEN IS PUSHING US HARD-LEFT
Meanwhile, American president Joe Biden has nominated left-wing officials known for extreme “wokeness” to high office. Biden’s pick to be Deputy Secretary of Education praised a radical who accused school teachers of murdering the spirits of black children, at a school diversity training. As Fox News notes, Biden gave her an extremely complimentary introduction. But does he even know what he’s saying. He’s driven by the communist handlers who really run things. CNS News notes.
Biden’s pick for civil-rights czar advocated black supremacy. Kristen Clarke, nominated to be the top official at the Justice Department’s Civil Rights Division, opposed a court ruling that protected white voters from being disenfranchised in a majority-black county. She also exhibited racism and anti-Semitism at Harvard Law School. Writing in the Harvard Crimson,
Clarke cited a number of “experts” regarding what she called the “truth” about the “genetic differences between blacks and whites.”
She posited that “human mental processes are controlled by melanin—that same chemical which gives blacks their superior physical and mental abilities.” Additionally, “melanin endows blacks with greater mental, physical, and spiritual abilities.”
Even the liberal editors of The Crimson found Clarke’s “racist theories” to be “outrageous,” saying that Clarke had “resorted to bigotry, pure and simple.”
She’s not the only one. The Biden administration is filled with these people.

@prckov wrote:Macron warns the US is an existential threat to France