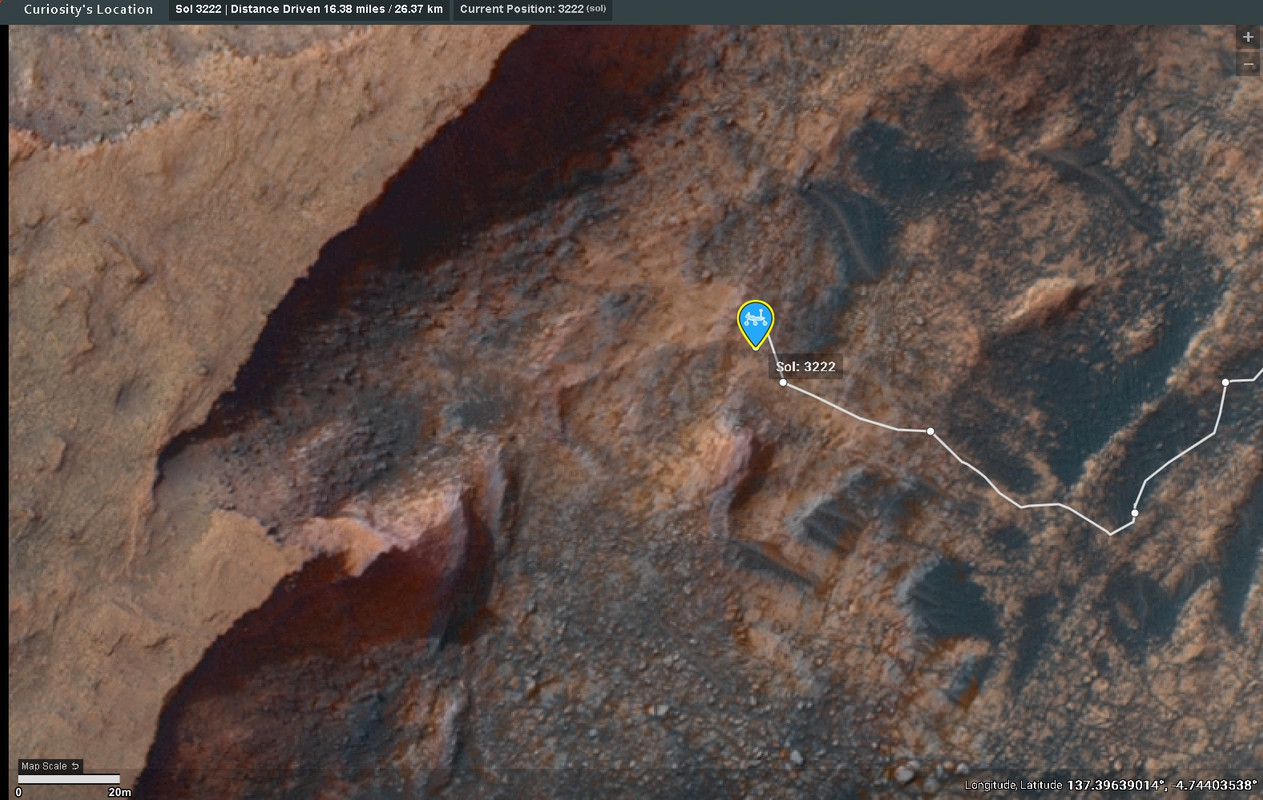 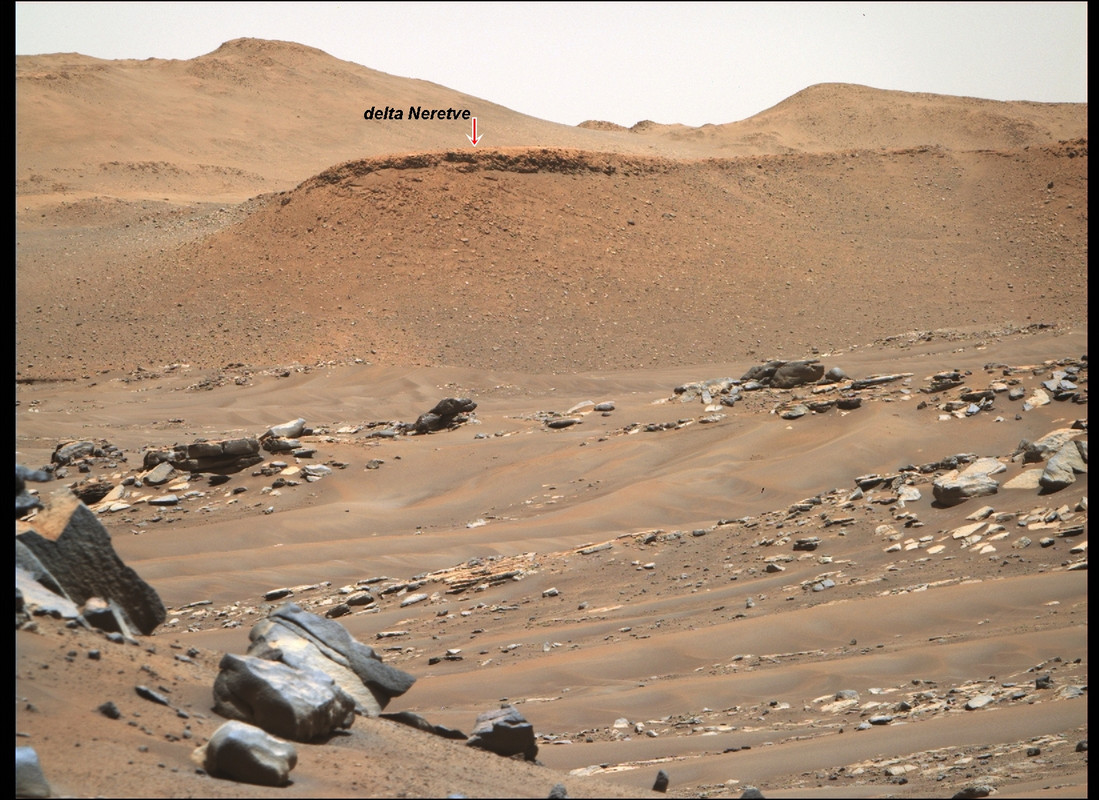 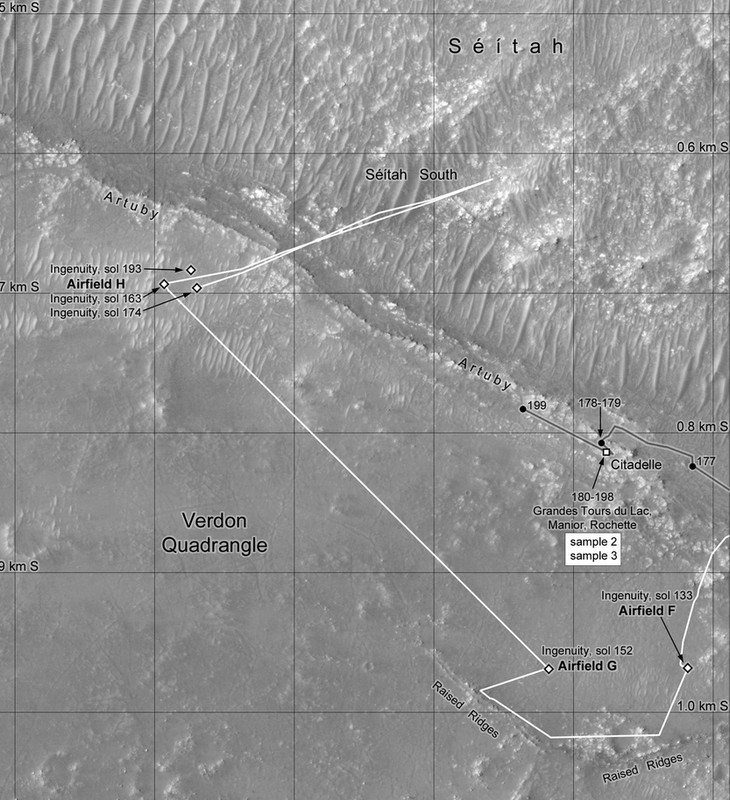 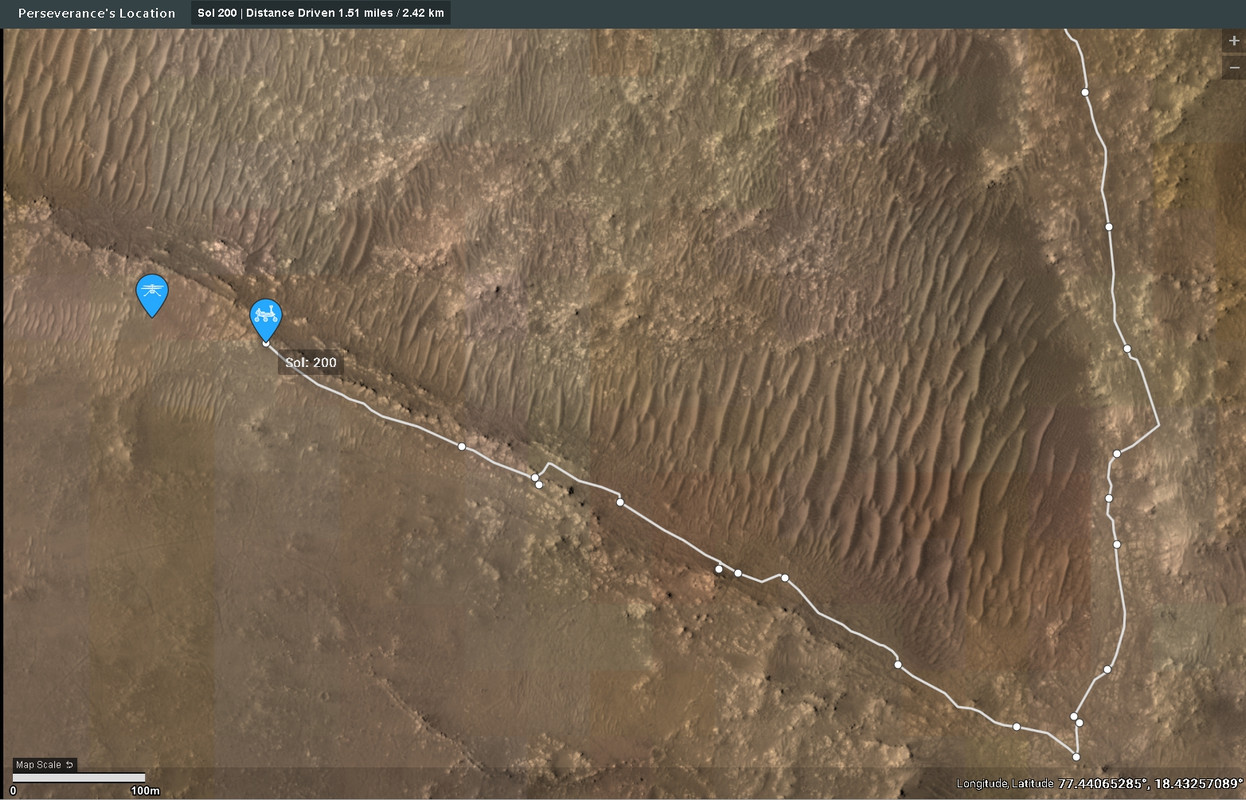 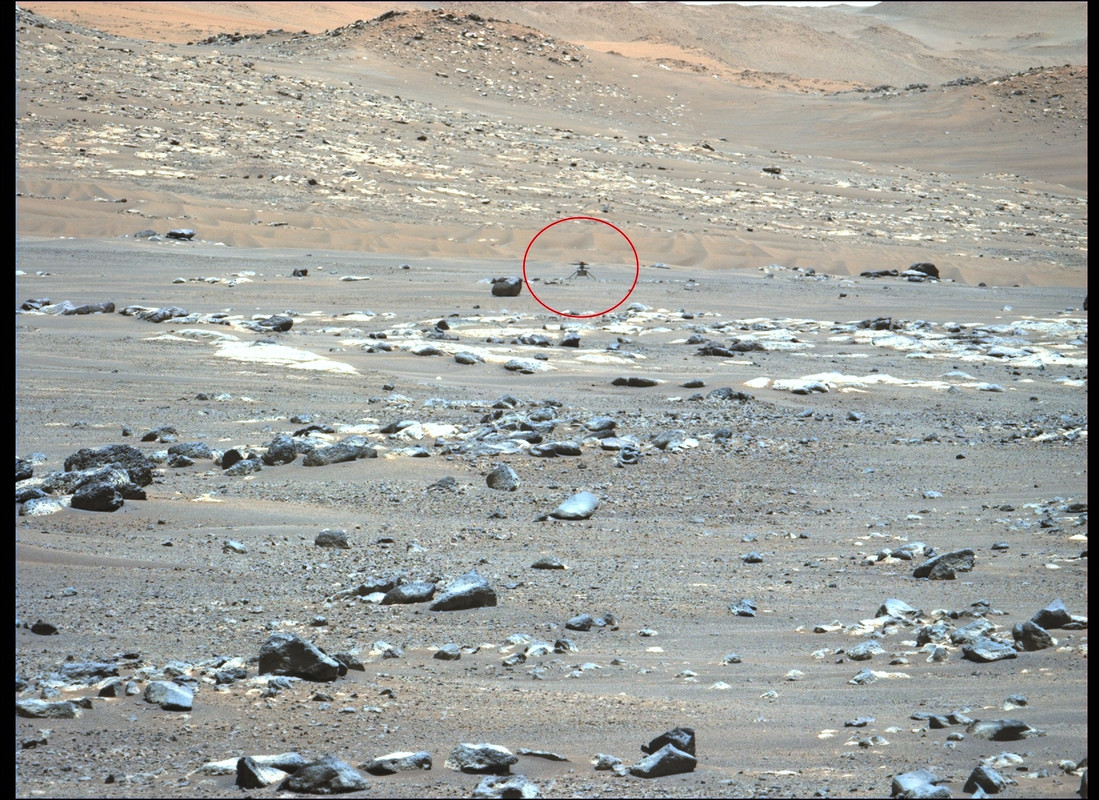 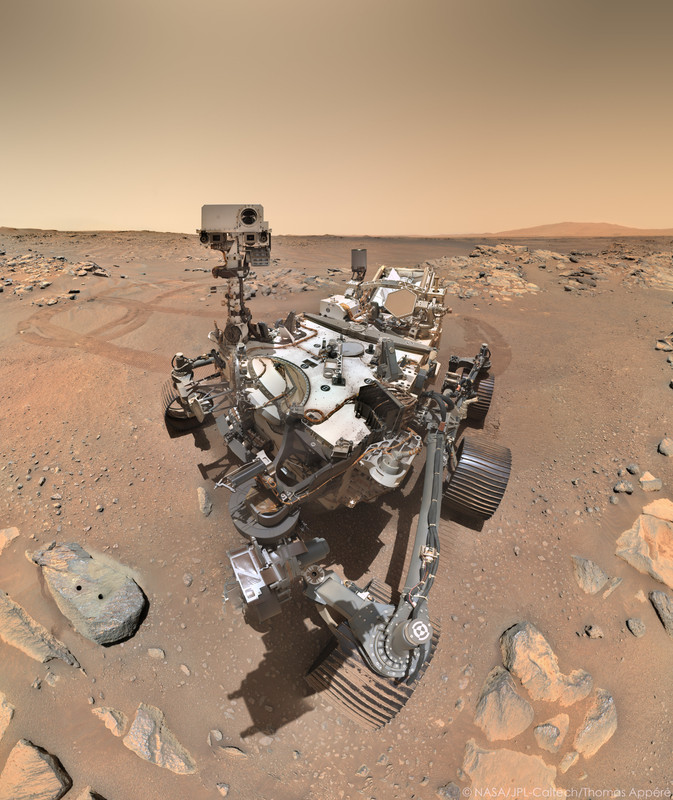 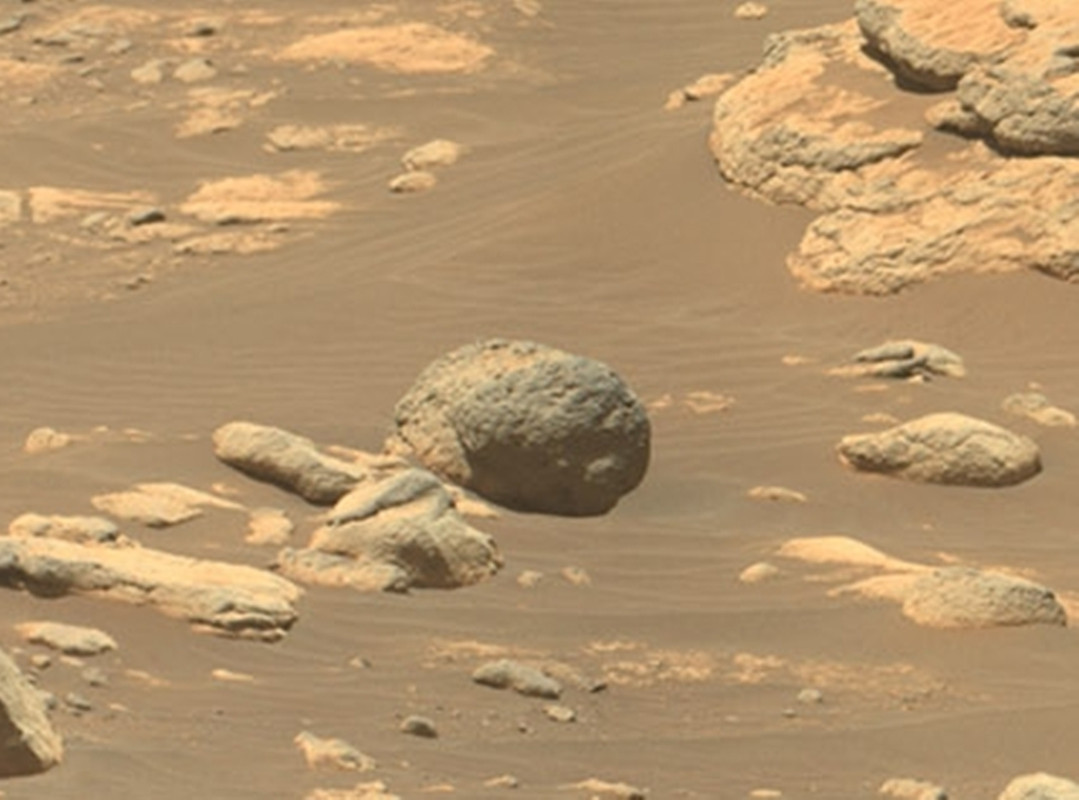 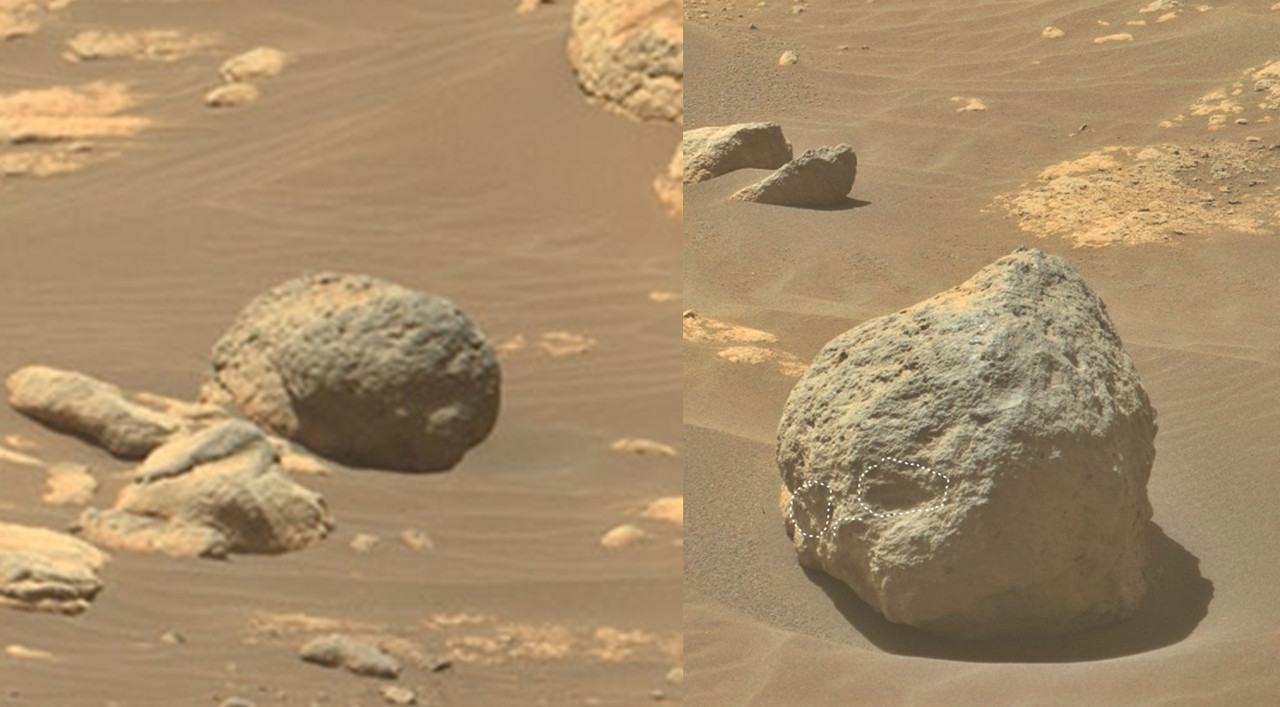 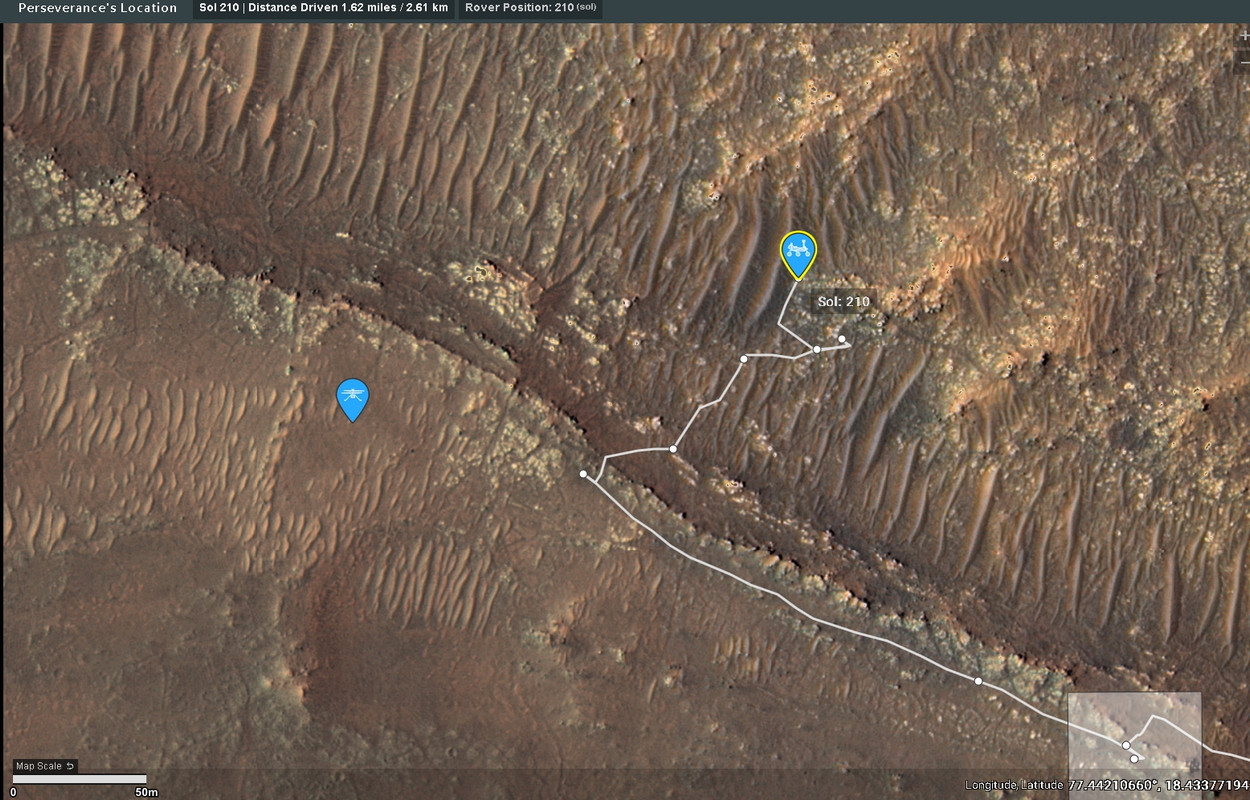 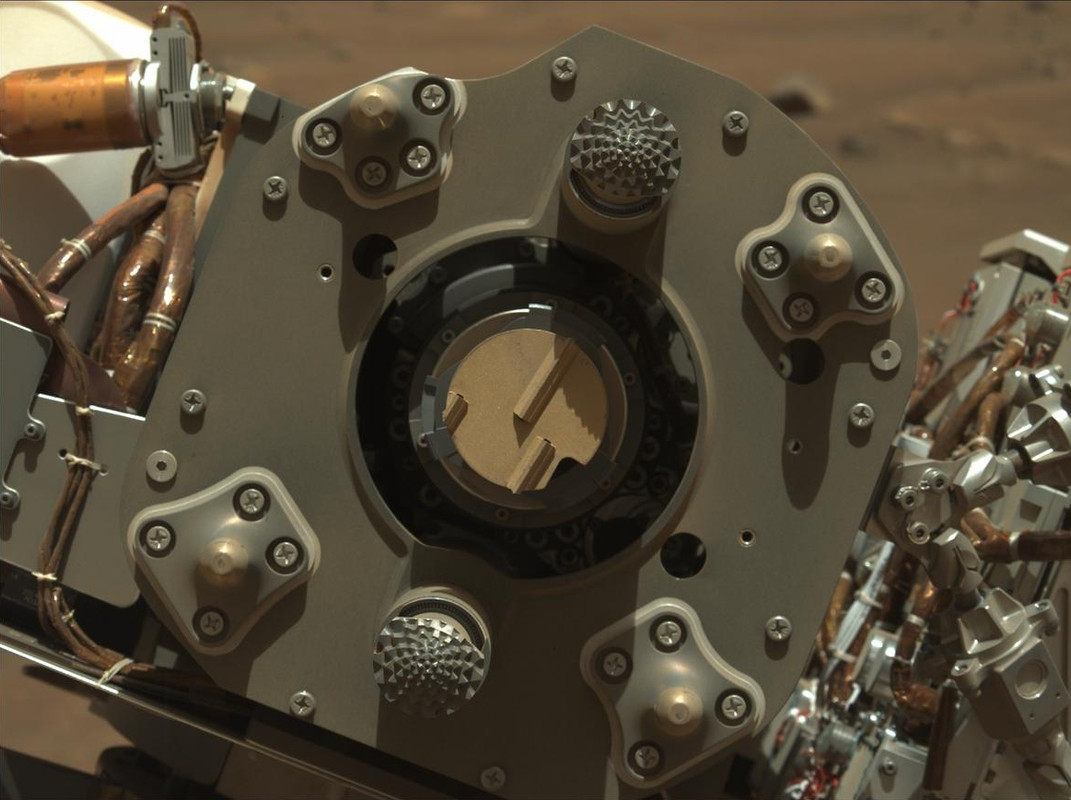 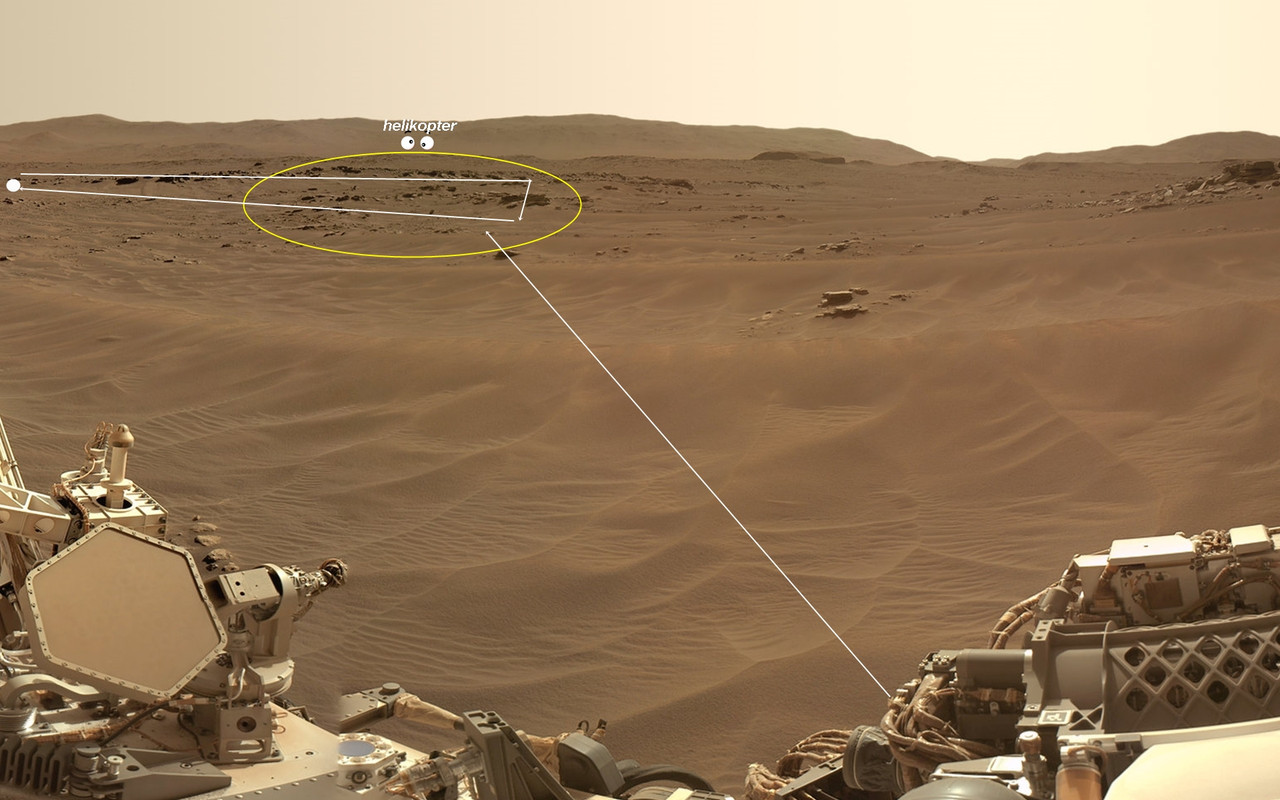 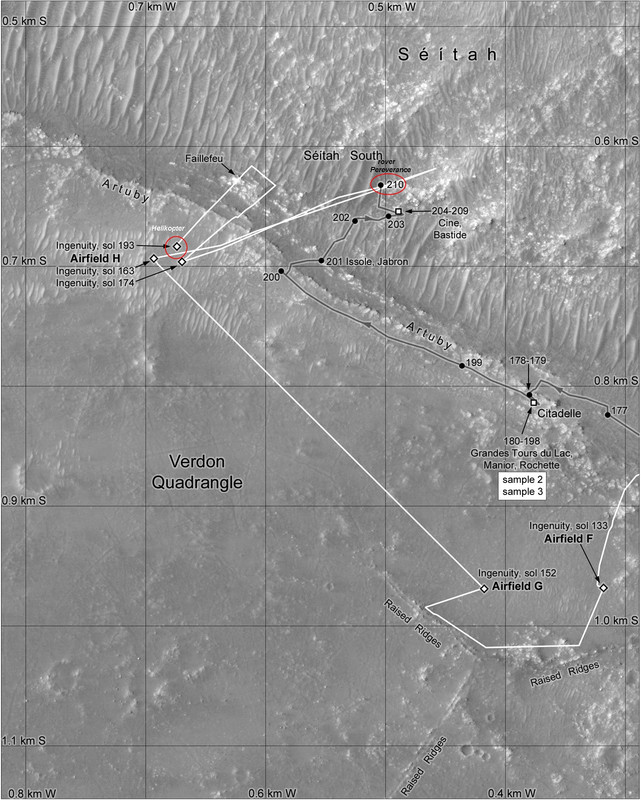 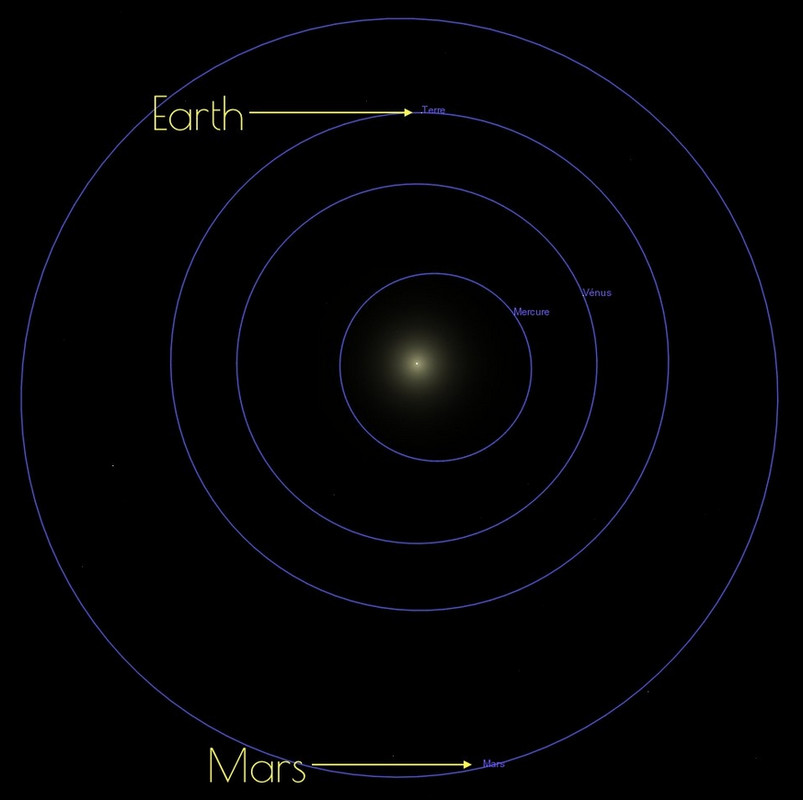 
Caught on camera!
NASA’s Perseverance rover now wheeling about in Jezero Crater has been imaged by NASA’s Mars Reconnaissance Orbiter using its powerful High Resolution Imaging Science Experiment (HiRISE).
Shane Byrne, HiRISE Deputy Principal Investigator at the University of Arizona explains that after a dramatic landing in February 2021, the Perseverance rover was re-imaged by HiRISE about 2,300 feet (700 meters) from its original landing site.
“The rover doesn’t drive in a straight line though, and has covered much more ground than that,” Byrne explains, pointing out faint wheel tracks on the nearby ground that are visible. 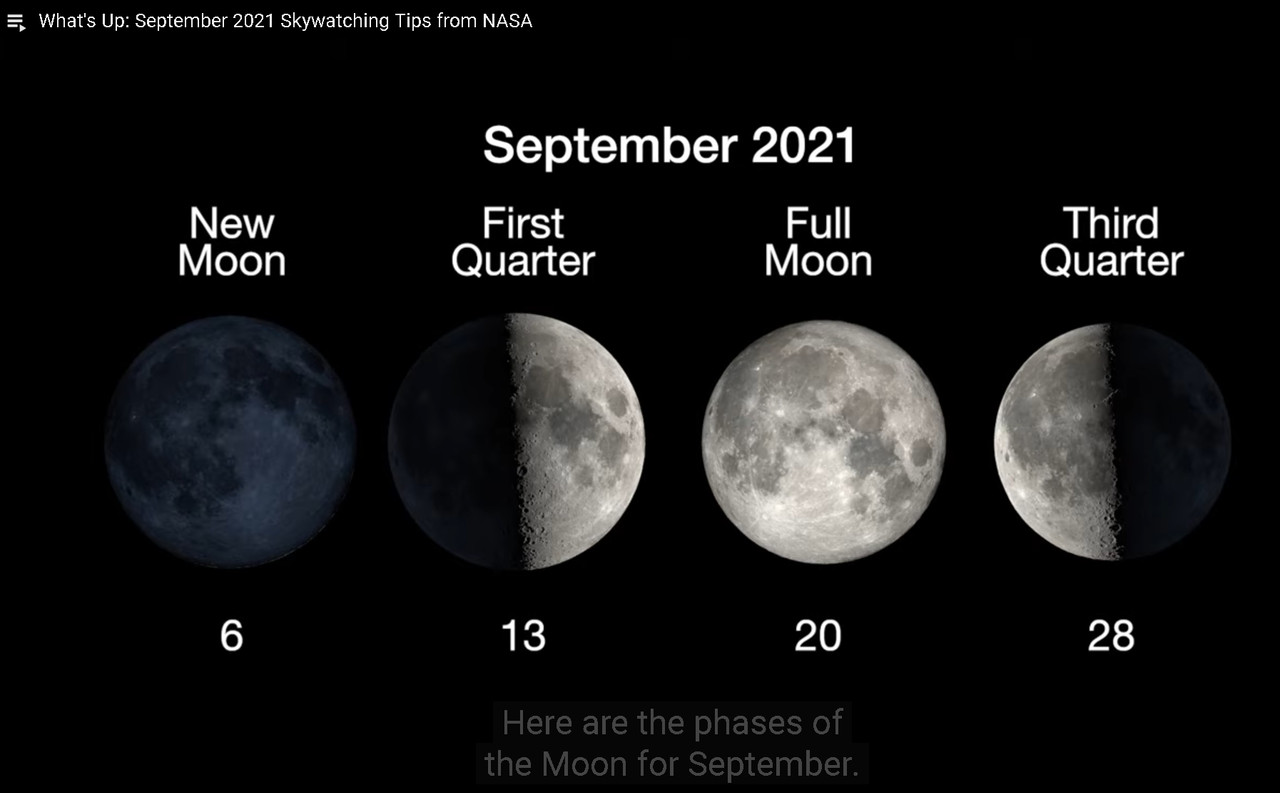