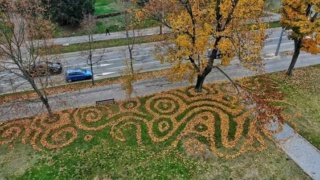 irst digit visualization of in selected counties/cities in the 2020 presidential election.

Jupyter notebooks to analyze various precincts/wards for the 2020 election. Each notebook has either a source URL for the dataset or a link to the spreadsheet that was downloaded and parsed.
Benford's Law, also called the Newcomb–Benford law, the law of anomalous numbers, or the first-digit law, is an observation about the frequency distribution of leading digits in many real-life sets of numerical data. The law states that in many naturally occurring collections of numbers, the leading digit is likely to be small. For example, in sets that obey the law, the number 1 appears as the leading significant digit about 30% of the time, while 9 appears as the leading significant digit less than 5% of the time. If the digits were distributed uniformly, they would each occur about 11.1% of the time. Benford's law also makes predictions about the distribution of second digits, third digits, digit combinations, and so on.
Plots of the first digits of counts in various precincts and wards for selected counties/cities. Znanost i struka u nasem interesu vise ne dozvoljavaju dijeljenje nekih linkova, ali tekst se srecom jos uvijek moze kopirati.
Why is Biden getting hundreds of thousands more votes than other down-ballot Democrat candidates in key swing states?
In nearly every non-swing state, the number of votes cast for either President Trump or Joe Biden roughly matched that of the other candidates running for Congress from the same party – meaning Republican congressional candidates received approximately the same number of votes as Trump, and the same for Biden. But in key swing states like Michigan and Georgia, this was mysteriously not the case.
In Michigan, for instance, Biden carried nearly 70,000 more votes than Gary Peters, who ran for Congress and won. The difference in the number of votes between Trump and John James, who challenged Peters and lost, on the other hand was only about 7,000 votes.
Similar anomalies were observed in Georgia, where Biden received a whopping 95,801 more total votes than one of the Democrat Senate candidates. Trump, meanwhile, only received 818 more total votes than the GOP Senate challenger.
Again, just to reiterate: In the most highly contested states where Biden has suddenly and mysteriously taken a massive lead over Trump there are major disparities between how many votes Biden received verses how many votes other Democrat candidates running for other offices received, which is suggestive of fraud.
While it is sometimes the case that voters fill out their ballots for the president and leave the other boxes blank, a Pew Research study found that “overwhelming shares of voters who are supporting Trump and Biden say they are also supporting the same-party candidate for Senate.”
In other words, one might expect a disparity of perhaps a few hundred or maybe a few thousand votes at most among same-party candidates within a single state. Biden’s excesses, however, are much more dramatic and extremely questionable.
This is how things went down in Wyoming and Montana, two non-swing states where the number of votes for Biden and Trump, respectively, roughly matched that of their fellow party candidates running in the same state – especially when factoring in third party candidate votes.
“What’s going on here?” asked Zero Hedge. “If it were ‘never-Trumpers’ pairing Biden with their GOP Congressional picks, wouldn’t one expect fewer votes for Trump than GOP Senators? We’re open to suggestions.”
Democrats are election thieves that need to be held accountable for their crimes
The obvious answer is that voter fraud is prolific in these swing states, of which there are currently seven – and possibly more.
The states of Arizona, Nevada, Georgia, North Carolina, Pennsylvania, Michigan, and Wisconsin are all showing anomalous results that the Trump administration is currently trying to challenge through legal means, hopefully with at least some success.
It is highly unusual, and exceptionally unlikely, that all of these states critical to Trump’s win stopped counting ballots on election night, roughly all at the same time. Meanwhile, all the non-battleground states were able to fully count their ballots on election night and report the results.
Biden was also handed hundreds of thousands of new mystery votes in the middle of the night after poll workers went home to get some sleep, which is further suggestive of widespread fraud taking place in swing states.
“The Biden surge in the early AM in every Biden stronghold in every battleground state showed a statistically impossible disproportionate vote for Biden compared to Trump, completely disregarding trends for their own area that was occurring over the course of the election day / night,” wrote one Zero Hedge commenter.
“When calculating those early AM Biden surges, down ballot votes stopped. Meaning those early AM Biden surge votes were for Biden and no votes were made for state / local officials … When applying Biden votes to Benford’s law in the areas that stopped counting and then had a Biden surge, the Biden votes break the law, indicating that the data was manipulated (i.e. fraud).”

a do tada.. novi dokazi

a do tada.. novi dokazi