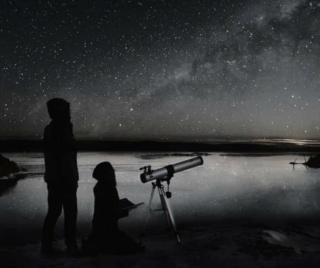 [size=40]Germany, NATO, EU responsible for Berlin’s policy on Navalny, Moscow says[/size]
Russia also expressed its protest to the ambassador over the accusations made by the German government regarding the situation with Navalny


If Berlin does not respond to Russia’s request, the Russian Foreign Ministry will consider it a "blatant hostile provocation," which "is fraught with consequences for Russian-German relations" and may complicate the international situation, the ministry stated. ROME, September 10. /TASS/. Italian Prime Minister Giuseppe Conte announced that Russian President Vladimir Putin said during their conversation that Moscow planned to set up a commission to investigate the circumstances of the incident with Russian blogger Alexei Navalny.


"President Putin assured me that Russia plans to find out what happened announcing that he planned to establish a commission for the investigation and also expressed readiness to work with the German authorities," Conte said in an interview with Il Foglionewspaper published on Thursday.

The Italian prime minister also highlighted the importance of Russian-EU cooperation in investigating the incident with Navalny. According to him, this cooperation could prevent a negative fallout for relations between Russia and the European Union.

"Cooperation is the best way to prevent negative consequences of this dramatic incident for relations between the EU and Russia," Conte said. Like all European partners, Italy believes that it is necessary to fully clarify the details of this incident and find those behind it.

The scandal surrounding Russian opposition figure Alexei Navalny, who is undergoing treatment in Berlin, is morphing into a new fundamental crisis in relations between Russia and the West. After the G7 joined a campaign to pressure Moscow at Germany’s request, accusing Russia of poisoning Navalny and violating the Chemical Weapons Convention, Russian-German ties have turned sour. Berlin is demanding that Moscow carry out an investigation, while Russia is accusing Germany of refusing to hold dialogue and stepping up an anti-Russian smear campaign. The looming breakdown of Russian-German relations means that Moscow will lose hope of resuming dialogue with the EU and will be engaged in new confrontation with the US, Kommersant writes.
Obviously, this new campaign initiated by Germany, who until recently tried to keep the window of opportunities for dialogue with Russia and refused to meet Washington’s demands on halting the Nord Stream 2 gas pipeline’s construction, came as a surprise for Moscow, which had expected to cooperate with Berlin.
Russian experts questioned by Kommersant believe that the Navalny uproar resembles the 2014 standoff triggered by the crisis in Ukraine and Crimea’s reunification with Russia. Director of the Center for Political Studies Andrei Fedorov told the paper that the situation has reached a deadlock and both sides aren’t planning on backing down. "The Navalny case is becoming a bomb laid under the last bridge of Russian-EU cooperation," the expert said.
On a different note, Vladimir Batyuk, chief researcher at the Institute for US and Canadian Studies said, "The Alexei Navalny incident will lead to the ironing out of differences and contradictions, which have been seen in the cooperation between the US and its European allies in NATO, who had a dispute on the allies’ Russia policy." This is confirmed by the fact that not only President Donald Trump but even Chancellor Angela Merkel now are not ruling out sanctions against the Nord Stream 2 project.

"Now Russia’s critics in the West have focused on the fate of the Nord Stream 2, which has turned from a major but still a local commercial project into the symbol of Russia’s presence in Europe," said Sergei Utkin, Head of the Strategic Assessment Section at the Russian Academy of Sciences’ Institute of World Economy and International Relations.
Meanwhile, Trump’s political opponents blame him for "having a soft spot for Putin" and against this background he will be forced to react to the Navalny case. The US president will have all grounds to join the forming Euro-Atlantic consensus on Russia, Batyuk noted.

OMSK, September 8. /TASS/. Doctors in Omsk, where blogger Alexei Navalny spent nearly two days in hospital in a coma, did not use the special form of therapy called ultrahemodiafiltration, crucial to saving the life of a person poisoned with a Novichok class agent, the chief toxicologist of the Omsk Region and the Siberian Federal District, Alexander Sabayev, told the media on Tuesday, adding that there were no signs such treatment was required.
Ultrahemodiafiltration is used in case of a grave poisoning with organophosphorus compounds to which the Novichok class agents belong,
"Without ultrahemodiafiltration a poisoned person cannot be saved. We did not use this therapy, because there was no need for it. Had there been such a poisoning, he would have died within hours," Sabayev said.