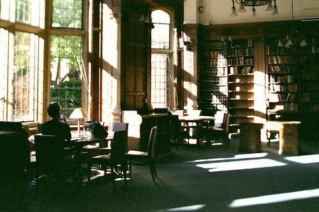 Minsk has intercepted a conversation between Berlin and Warsaw, which proves that the story of Russian blogger Alexei Navalny’s poisoning was fabricated, Belarusian President Alexander Lukashenko said on Thursday, adding that the information would be handed over to Russia’s Federal Security Service (FSB).


"Before [German Chancellor Angela] Merkel made a statement that someone sought to silence Navalny, we had intercepted a conversation. As far as we can understand, it was a chat between Warsaw and Berlin," Lukashenko said at a meeting with Russian Prime Minister Mikhail Mishustin.

"We intercepted an interesting chat, I will provide a transcript to you and we will also send it to the FSB [Russian principal security agency]. This proves that it is a fabricated story. Navalny was not poisoned," the Belarusian president stressed.
The aim of the Berlin-Warsaw plot was to "discourage Putin from sticking his nose in Belarusian affairs," Lukashenko said, citing the intercepted conversation between German and Polish officials.


"A group of specialists prepared, as far as I understand, details for [German Chancellor Angela] Merkel’s administration, or maybe even the statement that she made. They did it, and I quote, ‘to discourage Putin from sticking his nose into Belarusian affairs.’ That’s a quote from this conversation. Do you understand how deviously these people act," Lukashenko insisted.
"Therefore, I believe that [FSB Director Alexander] Bortnikov and [Foreign Intelligence Service Director Sergei] Naryshkin will have to examine this situation seriously. We will hand over both the voice recording and the text. The materials will be at your intelligence services in full today or tomorrow, so that they can figure out who needed this," Lukashenko emphasized.
"There is another quote: In particular, they will hold elections shortly, voting day in the Russian regions.’ That is, they know that there will be elections in Russia and that they have some dirty trick up their sleeves ahead of those elections," the president cautioned.
"We believe they will come up with something else. This is their style. This is their true face," Lukashenko pointed out. "There was also talk about Belarus. I will leave it to you so you can read it."
"They are making sure that they won’t give us any peace, life will not be quiet," the Belarusian leader concluded. "I am certain of that. But you must understand that we are determined to defend our sovereignty and our independence and we won’t allow them to make us give in here."