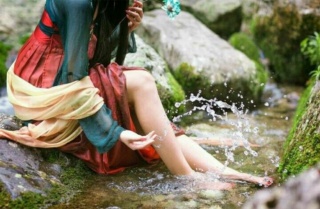 Ruslan Tsalikov, the first deputy defense minister, said two groups of volunteers have successfully completed clinical trials, with all of them having “built up immunity.”
“At the time of discharge, all the volunteers, without exception, built up immunity to the coronavirus and felt well. Thus, the first domestic vaccine against a new coronavirus infection is ready,” he said in an interview with AiF newspaper.
The vaccine, he said, was jointly developed by the Gamaleya National Research Centre for Epidemiology and Microbiology and the Main Military Clinical Burdenko Hospital.


Tsalikov added that the Russian military has “significant scientific potential and extensive experience” in vaccine development, citing as an example its contributions to developing a vaccine against the Ebola virus.
Production approval in August
Russian companies may get the go-ahead for mass production of the COVID-19 vaccine by August, another official said.
Kirill Dmitriyev, head of the Russian Direct Investment Fund (RDIF), said the next phase of clinical trials will end on Aug. 3, after which the third phase will be launched in Russia, Turkey, the UAE, and Africa.


“We expect approval from regulatory bodies in the Russian Federation in August, and immediately after that we plan to start mass production at the sites of the RDIF’s R-Pharm and Alium companies. We expect approval in other partner countries in September,” he said in a statement.
The official said Russia aims to produce 200 million doses of the vaccine by the end of the year in partnership with five other countries, which he did not name.
According to Dmitriyev, 30 million doses will be made in Russia and the rest in the other countries.
He added that Russia also plans to produce the vaccine being jointly developed by the Oxford University and pharmaceutical company AstraZeneca.
The Russian vaccine will be delivered together with a unique patented test that identifies special antibodies in the human body that attack the crown-like spikes of the coronavirus, the official said.
“I was myself inoculated with the Russian vaccine. I developed a stable immunity after 20 days, before getting the second maintenance dose, which should extend the immunity to two years,” he said.

MOSCOW, July 31. /TASS/. The vaccine against the novel coronavirus, developed by Russian scientists, has created immunity in 100% of volunteers who took part in its trials, the head of the Russian Direct Investment Fund (RDIF) Kirill Dmitriev said in a CNN interview on Friday.
According to the Russian official, 100% of volunteers developed immunity on the 21st day after receiving the first dose. Their immunity doubled after the second injection.
"I can tell you, from first and second phase we have hundred percent of people developing immunity after day 21. It doubles after the second shot. Hundred percent of animals were also protected [against the novel coronavirus]," Dmitriev said.
When asked when Russia would publish its findings, the RDIF head replied that all information would be released in August.

"We selected the safest approach, it has been extensively tested not only now, but also in Ebola vaccine we got approved, in MERS vaccine that was approved," he went on. "We chose the safest possible delivery mechanism."
According to Dmitriev, more than 20 nations have demonstrated interest in buying Russia-developed anti-coronavirus vaccine.
"More than 20 countries approached us on our vaccine," he said, adding that five nations were planning to take part in the production of the Russian anti-coronavirus vaccine.
Russian Deputy Prime Minister Tatiana Golikova said earlier it was planned to launch mass production of a vaccine developed by the Gamaleya National Research Center for Epidemiology and Microbiology of the Russian health ministry in September 2020. Apart from that, in her words, the first batch of another vaccine, developed by the Russian sanitary watchdog’s Vektor Research Center, would be manufactured in October 2020.