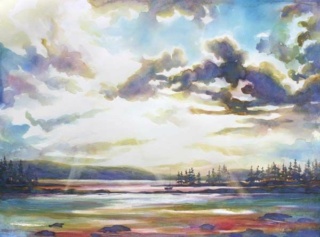 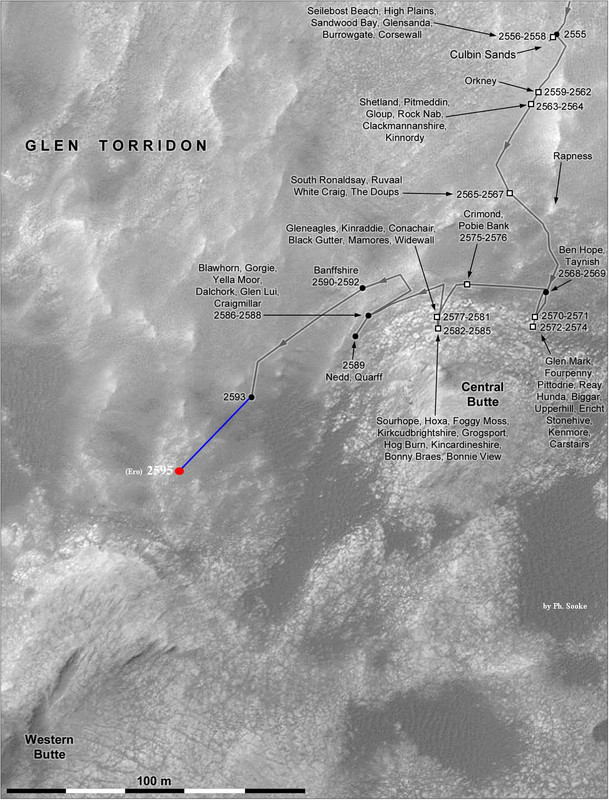 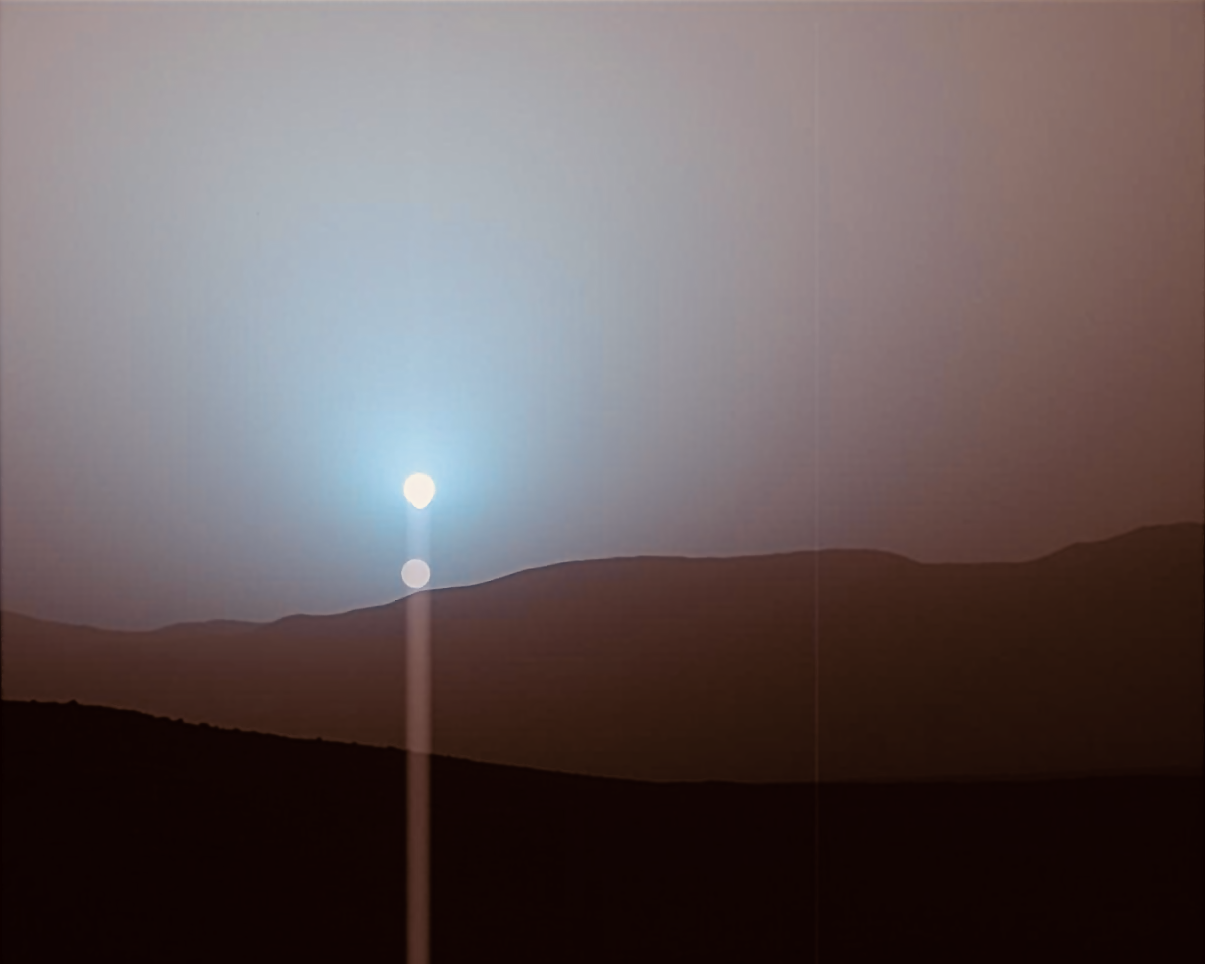 A Feast for the Eyes - Update for Sols 2600-2603: Written by Michelle Minitti, Planetary Geologist at Framework 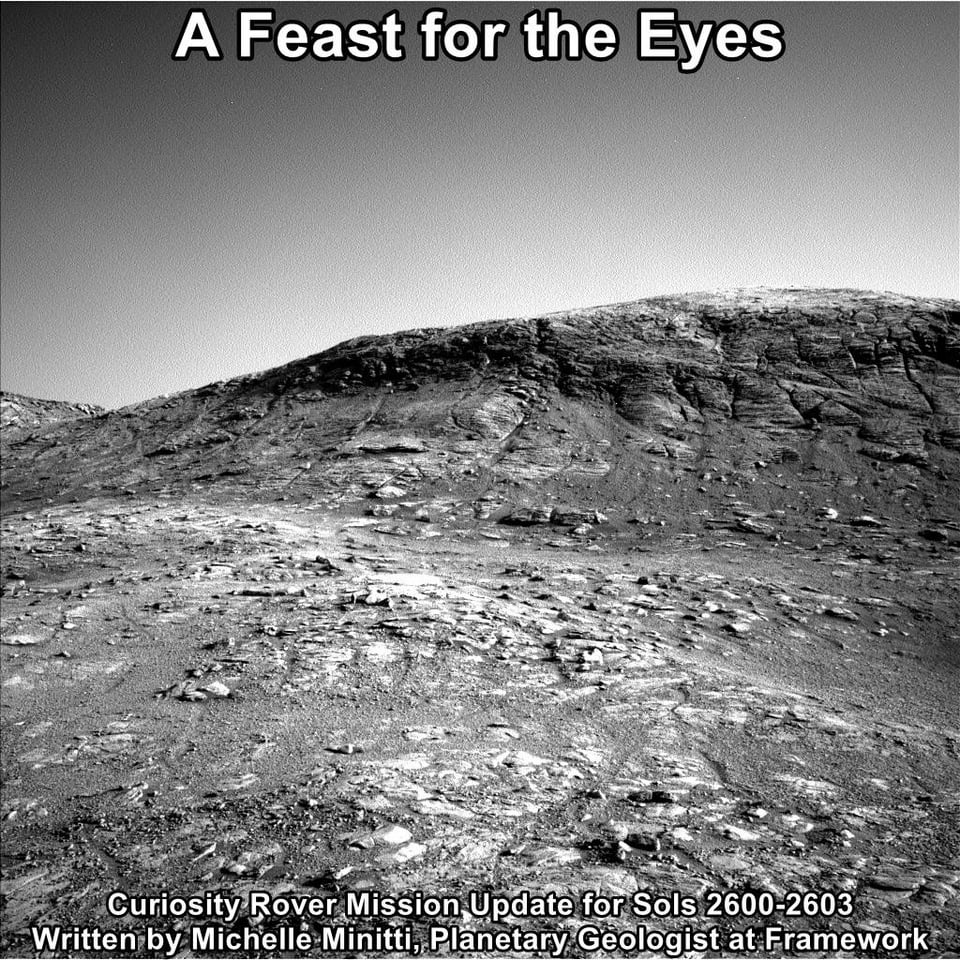 A Feast for the Eyes - Curiosity Rover Mission Update for Sols 2600-2603: Written by Michelle Minitti, Planetary Geologist at Framework, November 26, 2019.
Curiosity will be gorging on a feast of data this holiday weekend! We plan to acquire over 12,000 Mb of data in the four sols covering the U.S. Thanksgiving holiday, which could be a new record for the mission. The rover will be stuffed, and us scientists will be digesting the results for months to come.
The main dish is an enormous color image mosaic. To capture the full 360 degrees of terrain surrounding the rover, Curiosity will take 850 individual images with each of its Mastcam cameras. It will take roughly eight hours to capture all of those images, so to spread out the work over multiple sols, we have divided the full scene into four segments. We will capture each segment around local noon so that the lighting will be consistent, which will make it easier to stitch all of the individual pieces together into a seamless panoramic image. We included the first segment in the previous plan for sols 2597-2599, and this weekend we will capture the last three segments. The final product will be a sight to behold: a gigapixel stereo image of dramatic desert landscape, with buttes of crumbling sandstone in the foreground and Mt. Sharp towering in the distance.
Side dishes at Curiosity’s feast include Navcam images looking towards the horizon to search for dust devils, and close-up investigations of two rock targets using the MAHLI and APXS instruments: one named “Inverurie” with a rough texture, and another named “Latheron” with a smoother, layered texture. On sol 2602, Curiosity will drive closer to the base of Western Butte. Then for dessert, we will use the APXS instrument overnight to monitor the concentration of argon in Mars’ atmosphere. After such an overindulgence, on sol 2603 Curiosity will do the rover equivalent of laying comatose on the couch: a full sol of sitting still and monitoring the weather with the REMS instrument.
We have quite a lot to be thankful for this holiday weekend! November 26 marks the eight-year anniversary of Curiosity’s launch in 2011. After more than seven years of exploring Mars, our rover is still strong and healthy and the views just keep getting better.

Curiosity acquired this image using one of its navigation cameras (L-NavCam) on Sol 2595. This end-of-drive image shows Western Butte to the Southwest of the rover. Image credit: NASA/JPL-Caltech.

These blog updates are provided by self-selected Mars Science Laboratory mission team members who love to share what Curiosity is doing with the public.

Dates of planned rover activities described in these reports are subject to change due to a variety of factors related to the Martian environment, communication relays and rover status. 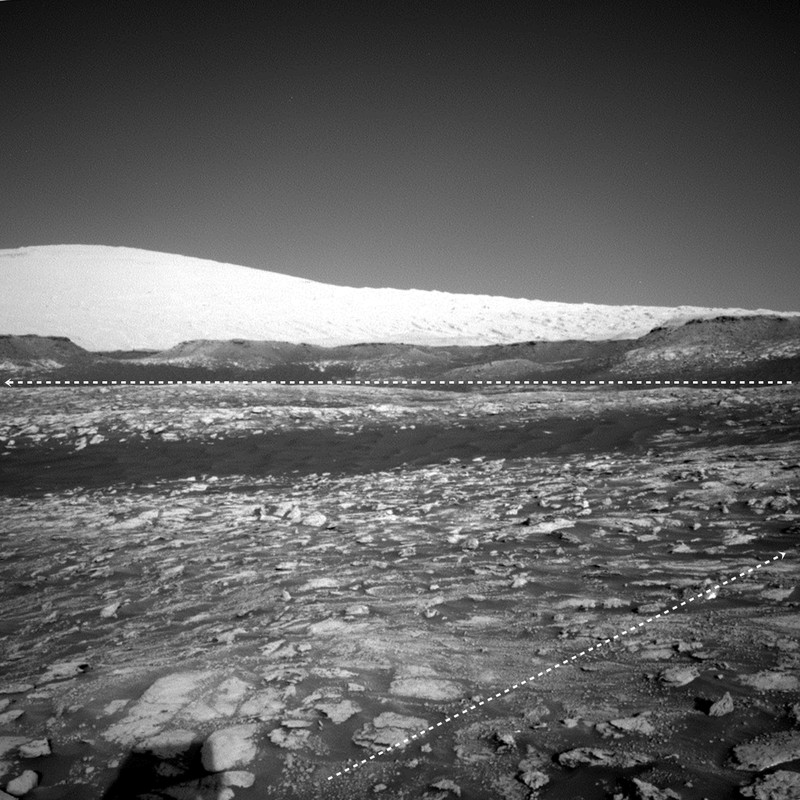 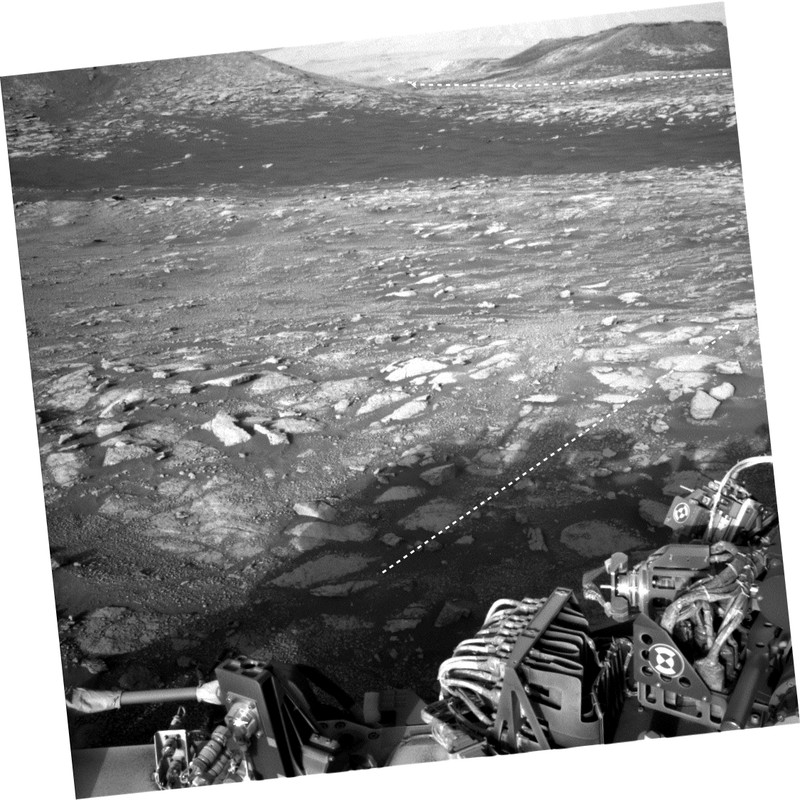 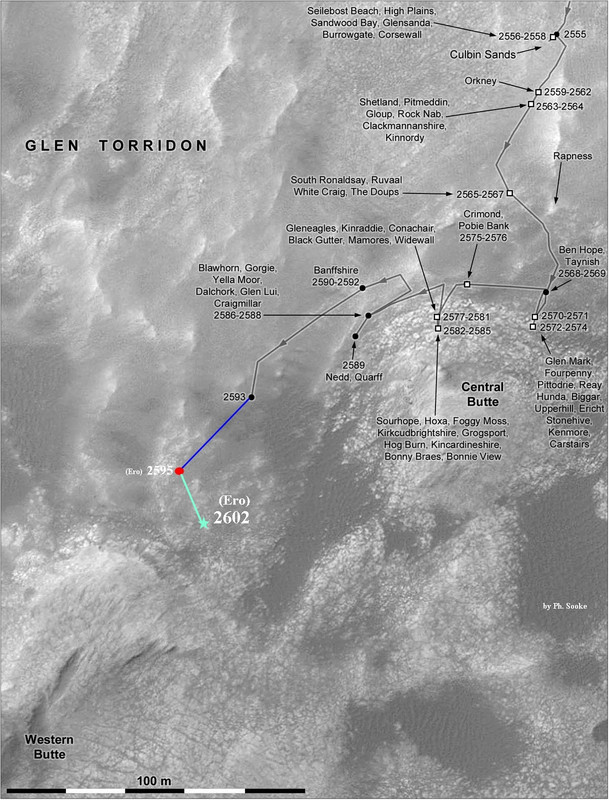 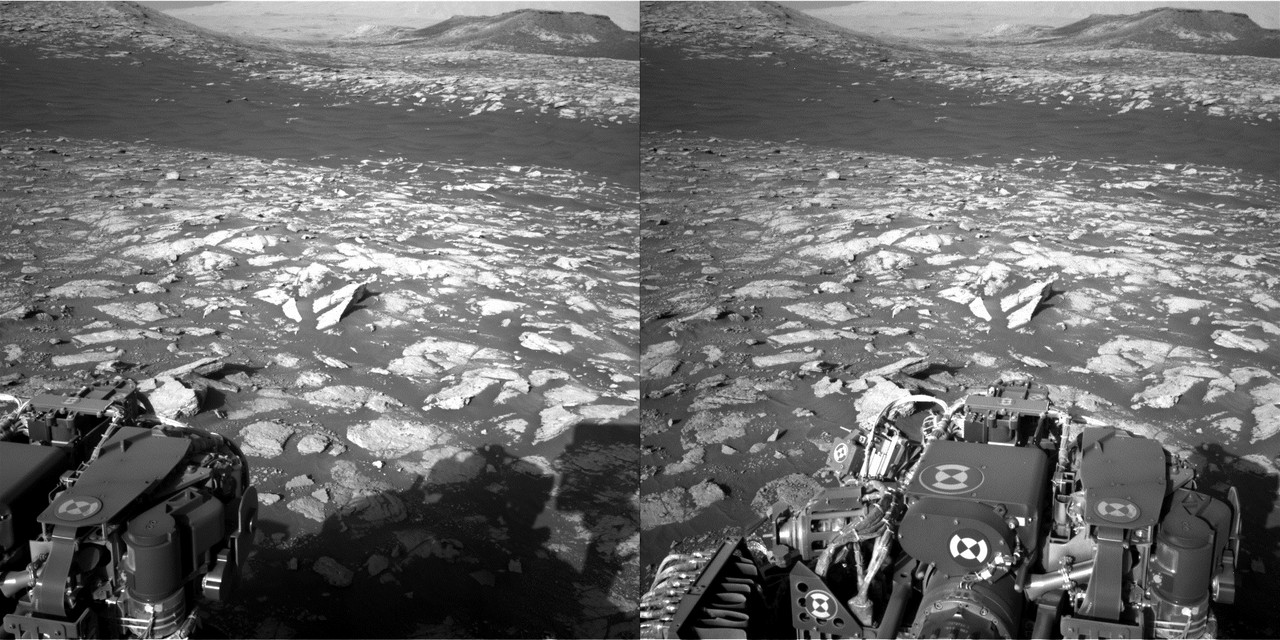 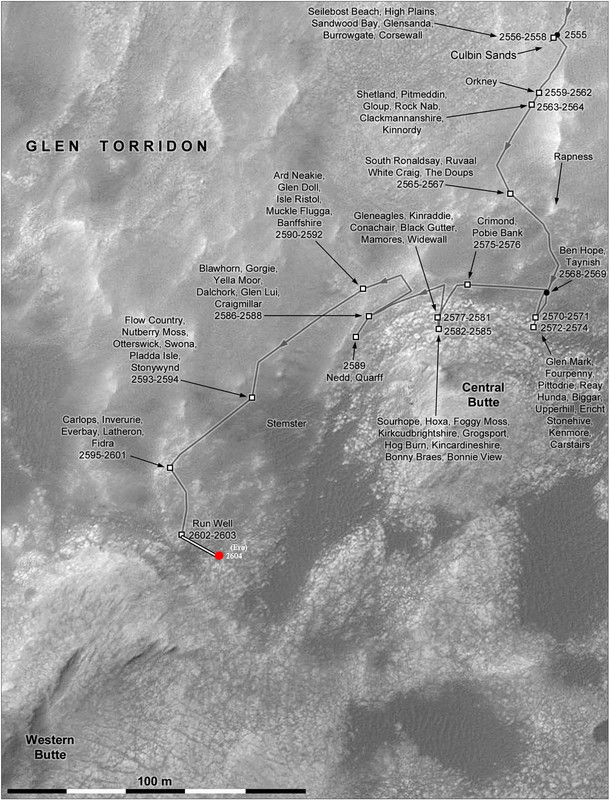 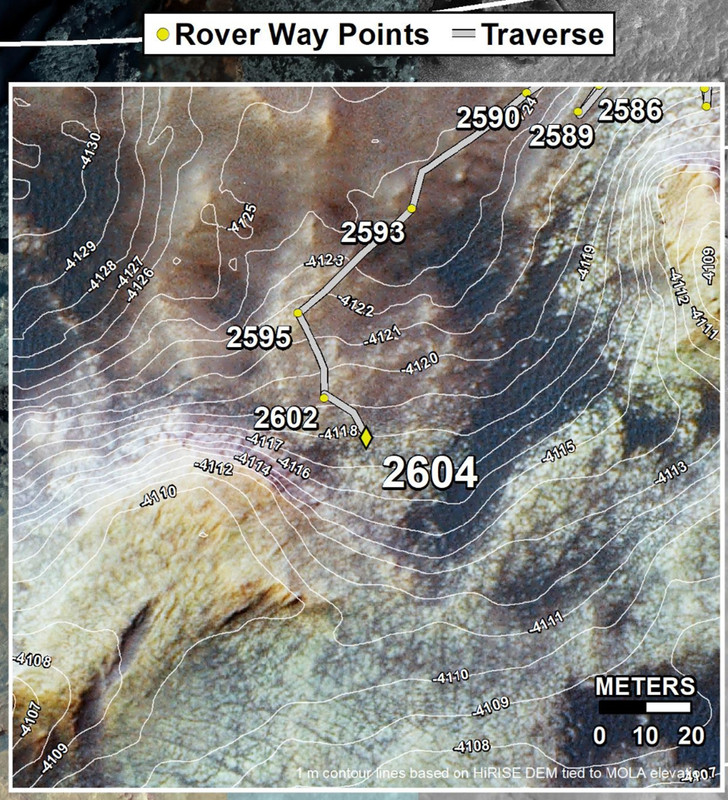 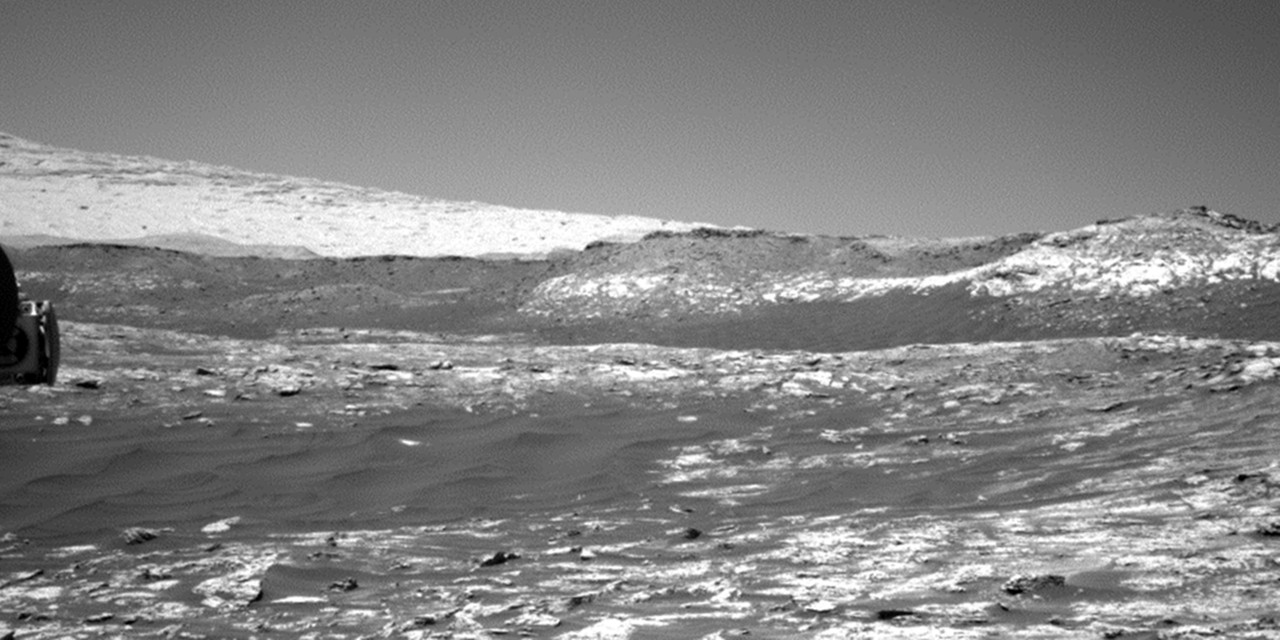 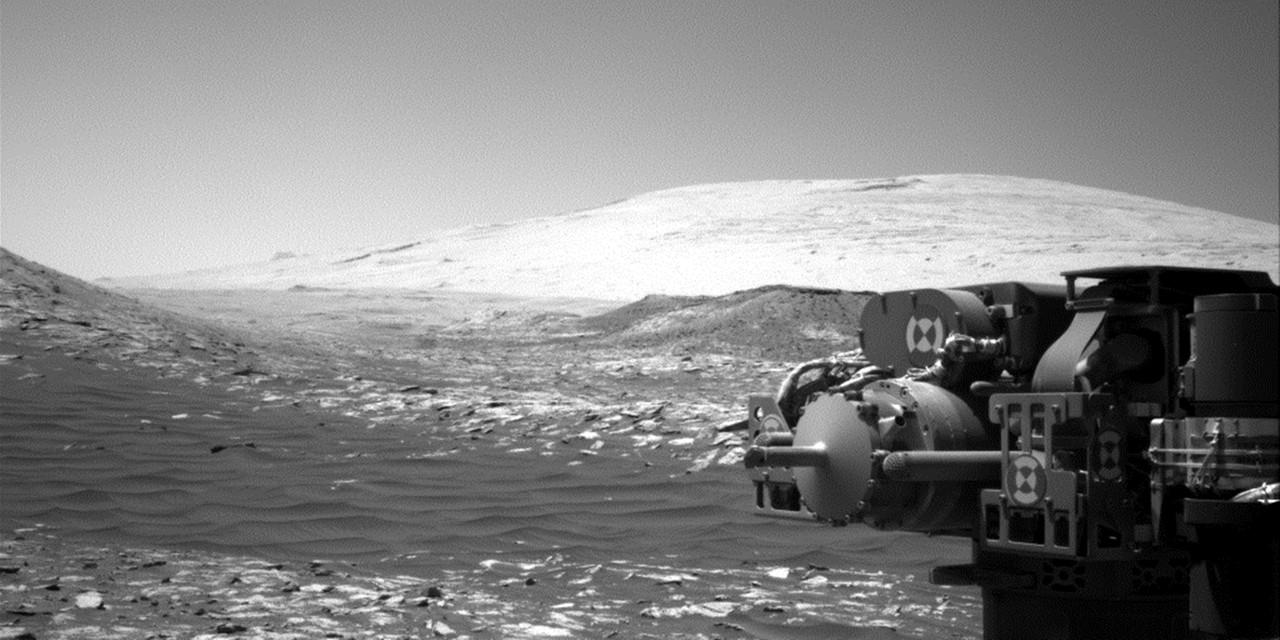