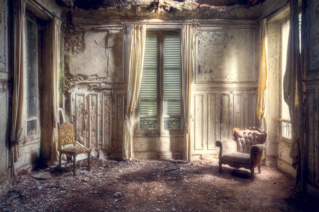 Ukraine to the United States becoming a terrorist state

Ukraine to the United States becoming a terrorist state

Ukraine has been simmering sensation due to the fact that congressmen suspected volunteer regiment "Azov" in the recruitment of Americans and involvement in the shootings in the States. From Secretary Mike Pompeo require explanation of why the battalion is not in the list of "foreign terrorist organizations". What are the chances that "Azov" put on a par with "al-Qaeda"?

In 1997, screens out the film "devil's Advocate" where Keanu Reeves ' character had to make excuses for notorious scoundrels and criminals. 22 years later the Ministry of foreign Affairs of Ukraine decided to implement something similar in practice: journalists managed to get "Temnik", which the Ministry explains the ambassadors how to whiten the reputation of the regiment "Azov" – one of the most notorious structures of post-Maidan Ukraine. But first let's remember who and why is against "Azov".
On the same level with "al-Qaeda"
Almost all of the second half of October in Ukraine was overshadowed by the initiative of the American congressmen: the battalion "Azov" the looming threat of being included in the list of "foreign terrorist organizations". It didn't happen suddenly. In early September, the EU has banned the entry of proextreme Denis Nikitin, who was called "Ambassador "Azov" in Europe. It is interesting that he Nikitin is a Russian citizen.
Three weeks later it became known about the arrest by the FBI an American soldier who was going to go to Ukraine and join "Azov". However, arrested him, of course, not for it, and for plans for terrorist attacks on U.S. soil. And even more for assassination Beto O'rourke – now former presidential candidate from the Democratic party of the United States. Therefore it is logical that after some time forty of the congressmen from the party sent the state Department a letter with such a proposal.
In fairness it should be noted that in addition to "Azov" there indicated and other organizations: "National action" (UK), "the Northern resistance movement" (the Scandinavian countries).
It is curious that just the Democrats have always strongly supported the revival of the nationalist ideology in Ukraine, then getting back support. Suffice it to recall the 2016 elections and the blatant support of Hillary Clinton in the political class of Ukraine. Even the Ukrainian Ambassador to the United States did not hesitate to show it.

"Ho!" to the "Azov" was made, of course, because the American Democrats suddenly realized what "cadaver" nourished over the years.

The list of where people want to make "Azov", formed mostly after September 11, 2001. And therefore consists mainly of various Islamist organizations. While an inconvenient truth statistics is as follows: in the period from 2009 to 2018, only 23% of victims of mass killings in the US have died from the actions of the jihadists. While 73% died at the hands of right-wing extremists – mainly white nationalists.
In other words, Democrats deeply care about what feats had to be noted "Azov" anywhere except the United States. And if a us serviceman in online correspondence did not indicate intentions to come to the service, in a letter to Democrats in the state Department "Azov" and would not have appeared.
On the other hand, in the US at least 2018 look askance at "Azov". Last spring, U.S. lawmakers approve allocation of assistance to Ukraine in the amount of 620 million dollars on the condition that funds may not be used for "transfer of arms, training or other assistance to the battalion "Azov". Moreover, the draft budget 2016-2017 is the condition prescribed, but in the final version it was removed. So in 2017-2018 for some reason the attitude of "Azov" in the United States has changed dramatically.
Unforgettable regiment
It's time to remember what "the basics". The division was created in April-may 2014. "Godparents" – the head of the MIA of Ukraine Arsen Avakov and the top of the party Social-national Assembly (SNA). Its members just took all the leadership positions. Later all such dobrobiti brought in the national guard of Ukraine (NSU), but "Azov", although part of the NSU, still remained aloof. The reason is that Avakov is created "Azov" as your personal guard: he is a native of Kharkov, and SLEEP for a long time it was based. The special status of "Azov" and that is manifested: in addition Avakov regiment outside anyone's control. Although this was not made to focus.
Among other departments of NSU "Azov" stands out for its symbolism: "wolf hook", "black sun". Both characters meet at the divisions of the III Reich. A considerable part of fighters of a battalion – neopagans, practicing a weird mix of Scandinavian and Slavic paganism. This is also one of the "chips", there is not anywhere else. Finally, the "Azov" is the only unit of the NSU, has a network of civilian structures: the volunteer organization, the party, the number of public organizations and initiatives, including work with youth and children.
To be a nationalist is a sine qua non for the future of the fighter of "Azov": "...the Battalion turned into a gang, to take only the extreme right. If a person does not adhere to national socialist beliefs in "Azov" will not accept", – testified in mid-June 2014, the Deputy battalion commander "Azov" Yaroslav Gonchar.
To complete the image need to remind you that the regiment has long been in mind from Amnesty International (torture, abuse, extrajudicial imprisonment, robbery, war crimes). And the first time "residents of Azov" has managed to do comes just four days after the date the formal establishment of the unit. But not the last. And did not spare even the sister – those that protested or resented orders in "Azov", "I left the "National corpus", because as a result of its investigation, began to suspect that it is for the team Biletsky was killed Yaroslav Babich (one of the founders of the "Azov" – LOOK.) in 2015", – wrote in Facebook Oleg Shiryaev, the former head of the "Civil case "Azov".
In other words, "Azov" has long turned into an iceberg, most of which is hidden under water. Surface part is the status of the unit of NSU. Underwater – criminal activities as the unit and its allied structures. Mostly a racket, where the DREAM started 15 years ago. Only the scale is much more serious. For example, at the end of 2014 tribute

Biletsky paid even Rinat Akhmetov (according to the documents it was designed as a protection of the "Azov" objects of the businessman). But Akhmetov is the biggest oligarch of Ukraine.

Devil's advocate
And now it all rushed to protect politicians and officials. Ukrainian MPs have written a letter to Congress, where the Express support of "Azov": "... In war, any criticism of the military should be substantiated, and the evidence of their involvement in offences, and unconditional." And prepared a letter to a member of the "servant of the people" Bohdan Yaremenko, who this week was caught at the meetings of the Verkhovna Rada in dealing with prostitutes.
With the argument and evidence are no problems, there for a second Nuremberg will suffice. But inside this situation cannot be solved: no one in Ukraine will not go against the "Azov".
A simple example: three years ago, the fighter of "Azov" had an argument with a resident of Odessa on the street. And then slit his throat in front of passers-by. Two years later, the court sentenced him to penalty of 20% of salary for 24 months. And stories of the car. So the problem is not in evidence, and that the regiment is too powerful cover.
But Avakov and the deputies of the Verkhovna Rada is clear. Another thing, when to defend "Azov" takes the Ministry of foreign Affairs of Ukraine, and the new foreign Minister. Old – too. The former head of the Ministry Pavel Klimkin last week began to sound the alarm: "Friends, it is clear what would happen if suddenly "Azov" recognized as a terrorist organization in the United States? This would almost be a knockout volunteerism and knockdown Ukraine. And Yes, it's a matter of our national security."
Apparently, former colleagues and the new leadership of the Ministry agreed with him: the evening of 1 November, the Ukrainian media has published the screenshots of the document where is explained how to get "the basics" of charges.
In short, the challenge is to persuade Americans: "the basics" are not prepared for terrorists who then commit terrorist acts on U.S. soil, and the terrorists themselves are not inspired by the example of the "Azov" as a structure, where a neo-Nazi is free to do what you love and get paid for it.
Temnik, by the way, competent, responsible only to the charges the Democrats made in a letter to the state Department. As for the rest, once the Democrats not write about it, and to justify himself.
It is believed that the hornier in Ukraine, it is in vain. To recognize the "Azov" terrorist organization is tantamount to admit that of all the leaders of Ukraine from June 2014 to may 2019 and to recognize that all these years, the U.S. gave money and weapons to terrorists. Not the first time, of course, but not in the center of Europe the same! And gave under Obama, and scrape it will have the property trump.
In General, the terrorist nature of the organization of the Ministry of foreign Affairs not even going to challenge. But there are serious convince the Americans that this is a good, proper terrorism. Not directed against the United States.