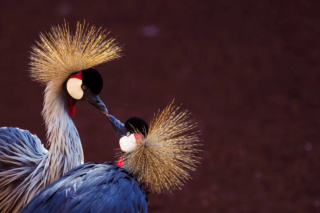 'Call of Duty: Modern Warfare' Rewrites the Highway of Death As a Russian Attack, Rather Than American
By Andrew Whalen On 10/28/19 at 2:08 PM EDT
Share
Newsgeek Newsgeek Call of Duty Activision Kuwait
In Modern Warfare, the latest entry in the Call of Duty first-person shooter series, an infamous U.S. attack is fictionalized as Russian, rather than American, violence.
In the Modern Warfare single-player campaign's eleventh mission, players engage Russian snipers along a wartorn highway in the fictional country of Urkistan. Strewn with burnt out vehicles and bomb craters, a rebel leader named Farah leads players in an attempt to capture a terrorist leader known as "The Wolf." While the country and characters are fictionalized, Farah's description of the setting directly references a real-world event. 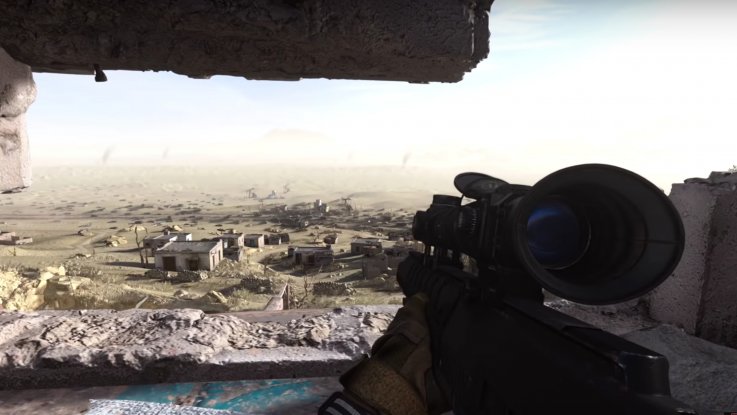 Players take up a sniper position overlooking the Highway of Death in "Call of Duty: Modern Warfare." Activision

"If they try to escape to the mountains, there is only one road," Farah tells the player in a mission briefing. "Tariq Almawt', the highway of death. The Russians bombed it during the invasion, killing the people trying to escape."
But while the attack on a convoy of people escaping is assigned to Russia in Modern Warfare, the real Highway of Death was an American attack.

Highway 80 runs for more than 100 miles, connecting Kuwait City with Basra, in Iraq. Iraqi tanks rumbled down Highway 80 during the invasion of Kuwait that prompted the Gulf War, while British and U.S. forces headed the other way during the 2003 invasion of Iraq. But it was the events of February 26 and 27, 1991 — the two days before the declared end of the Gulf War — that earned Highway 80 the nickname "Highway of Death."
On Tuesday, February 26, U.S. Marine Corp attack jets dropped cluster bombs in front of and behind a column of Iraqi military personnel retreating from Kuwait to Iraq, two days after U.S. forces swept into Kuwait and easily overwhelmed Iraqi defenses. Thousands of vehicles were forced to a standstill outside of the Kuwaiti town of Al Jahra. What ensued was widely described, including by an anonymous Marine general, as a "turkey shoot," with Marine, Navy and Air Force planes attacking the massive traffic jam throughout the day and into the next.

The billionaire businessman reportedly spent $250 million on the ship 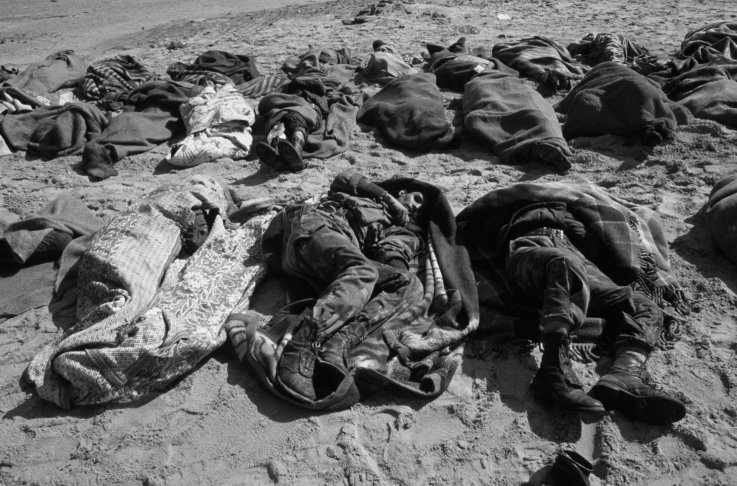 Dead bodies lined up near the Highway of Death, awaiting burial by a US Graves Detail. Peter Turnley/Corbis/VCG via Getty Images

Then Joint Chiefs of Staff Chairman Colin Powell described it as "wanton killing," later lamenting in his memoir that subsequent television coverage made it look as if "we were engaged in slaughter for slaughter's sake."
Since journalists arrived at the scene after the slaughter was over, exactly what occurred on the Highway of Death remains disputed, with death toll estimates ranging from 500 to a 1,000 killed on Highway 80 and the adjoining Highway 8, where retreating Iraqi Republican Guards were strafed by helicopter gunships, killing hundreds.
While General Norman Schwarzkopf, head of coalition forces, described the Highway of Death dead as deserving "rapists, murderers and thugs," journalists uncovered evidence that the column was partially comprised of civilians, including foreign workers, refugees, Kuwaiti collaborators and the families of militants. In the New Yorker, journalist Seymour Hersh (most famous for exposing the My Lai Massacre during the Vietnam War), described an American tank platoon opening fire on 350 surrendered, unarmed Iraqi soldiers. 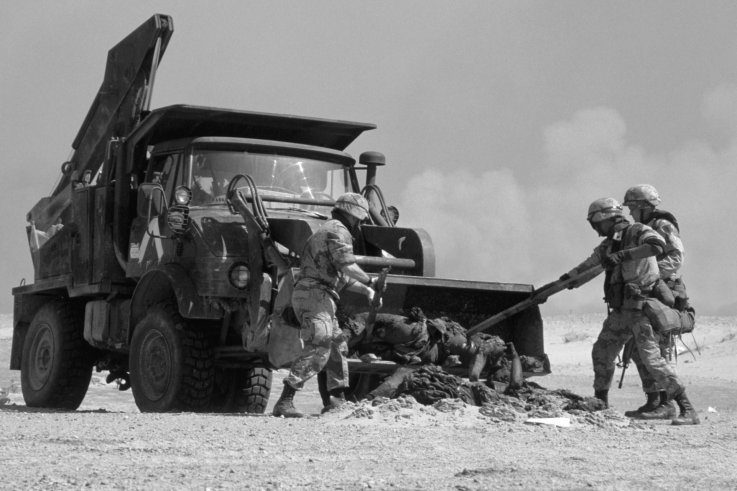 U.S. soldiers use a bulldozer to bury people killed along the Highway of Death in a mass grave. Peter Turnley/Corbis/VCG via Getty Images

Ramsey Clark, former U.S. Attorney General in the Lyndon Johnson administration, described the attack on the Highway of Death as a war crime in a 1991 report, citing the Geneva Convention, which assigns rights to "persons taking no active part in the hostilities," including members of the armed forces who have laid down their arms."

Russia banned sales of Modern Warfare, with Russian media accounts citing the game's hostility toward the country. While retrofitting the Highway of Death into a narrative about Russian wartime violence hasn't been cited as the specific cause behind the ban, the transposition partially validates Russian media outlets who have called the latest Call of Duty "an unequivocal attack against Russia."
During the Highway of Death mission, Modern Warfare players can earn the "Pit Stop" achievement by shooting out the tires of three Russian armored personnel carriers with a sniper rifle.