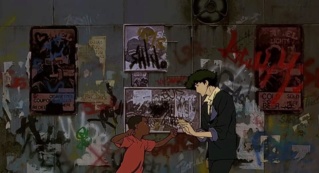 Today’s the first day in a long time financial markets appear willing to at least consider the reality of the geopolitical situation on the ground for what it is, as opposed to what most people would like it to be. As I’ve noted for months, the “trade war” is just one battle in a much larger, increasingly unstable struggle between the U.S. and China for global power and leverage to shape the next paradigm of world history. 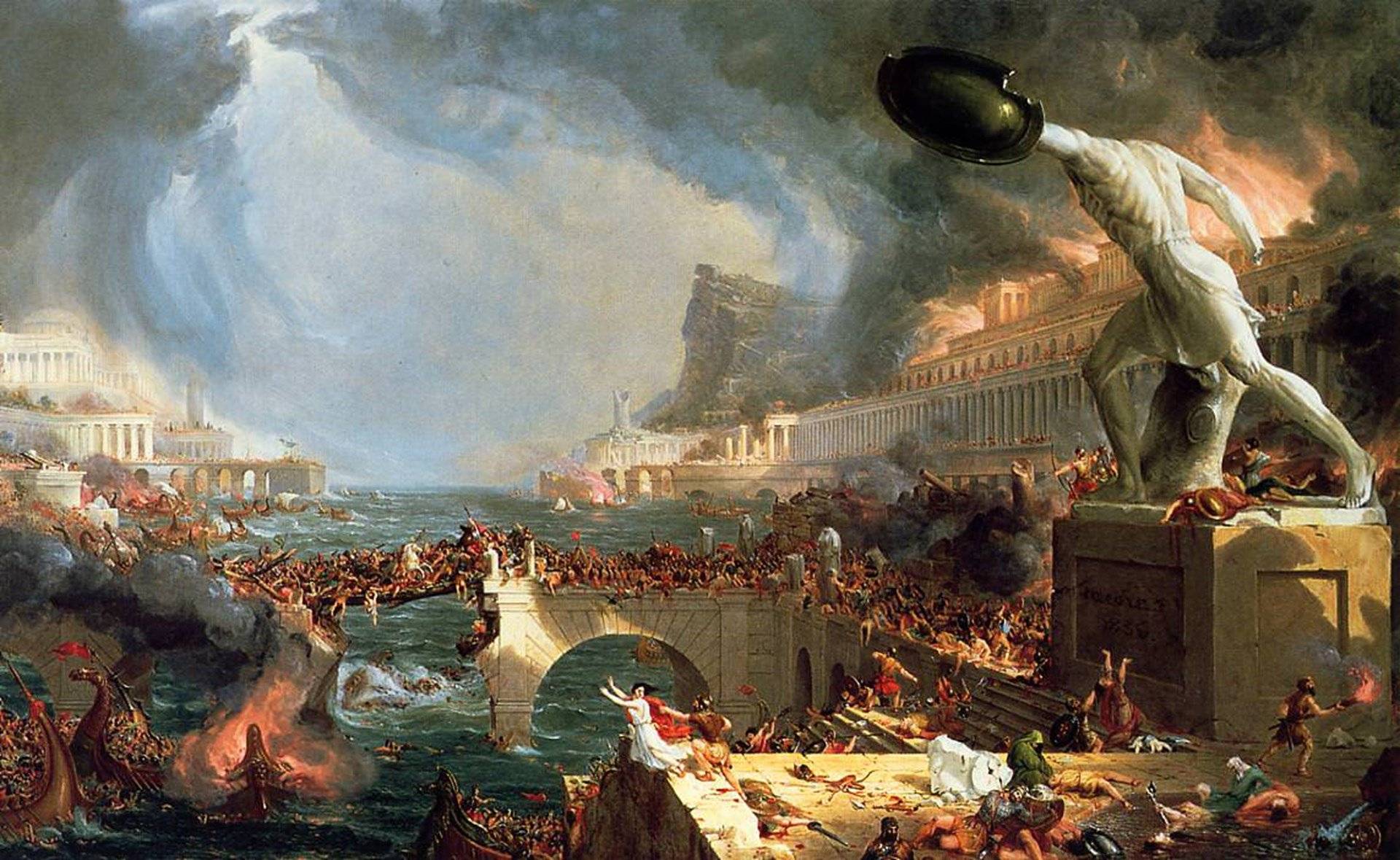 The Fall is never pretty...
A failure to appreciate how big this really is explains why investors have been so willing to swallow unrealistic happy talk from both sides. The risk that needs to be discounted in the market isn’t a risk of higher tariffs, but the risk of WW3. The U.S. and China were never going to sign a trade deal and blissfully return to the ways things were. That world is over. We now find ourselves in the very early days of a historic struggle to influence the future.
Gold
Back in January, I wrote a twitter thread centered around gold which ended up becoming very popular. It’s been around five months since then, so I want to provide a quick update.
I had outlined four reasons why I had become increasingly bullish.

10/ Now I want to summarize why I'm becoming increasingly confident a gold bull market is on the way.

The first three factors remain in play as far as I’m concerned, but the trading action has been pitiful in 2019 to-date as equities have soared. Nevertheless, I find it quite interesting that despite the S&P500 hitting a new record high a couple of weeks ago, the market in gold terms never really came that close. 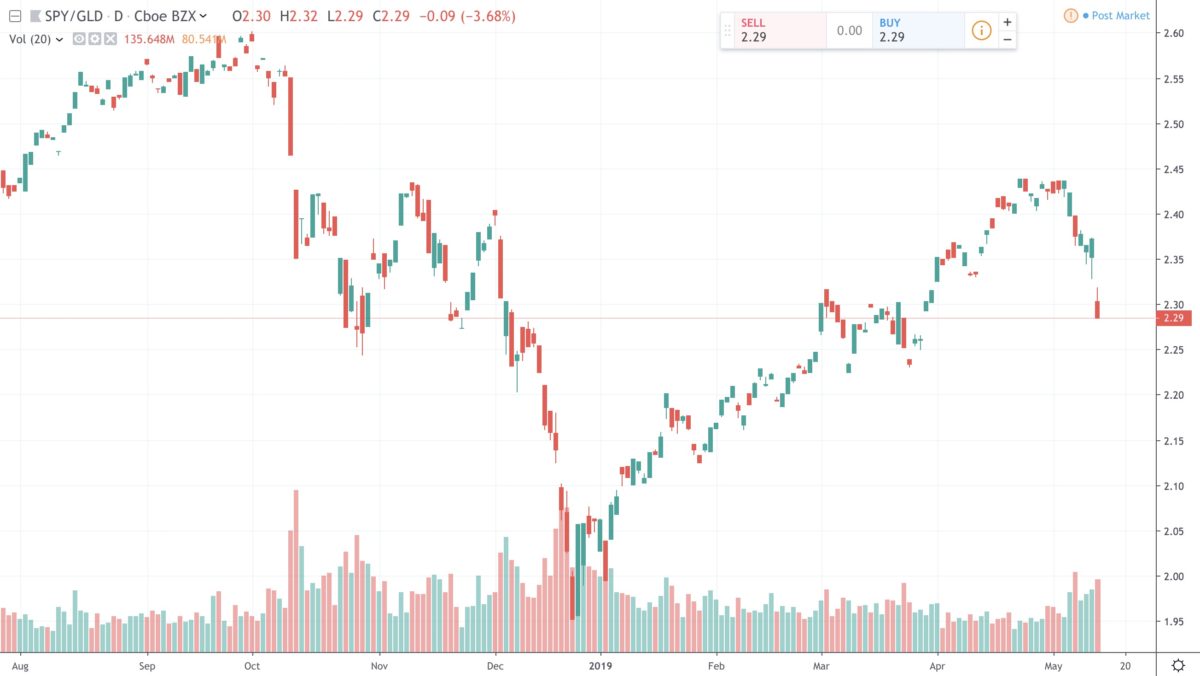 As you can see, the SPY/GLD ratio only got as high as around 2.44, or 6% lower than the September peak of 2.60 despite a gigantic snapback rally. This might mean absolutely nothing, but I doubt it.
Let’s now revisit some of my price forecasts.
[/size]

The price action has been less positive than I thought thus far, but I always maintained 2019 would be a slog. We still have six weeks to clear $1,350-$1,370, so we’ll see. If not, I still expect a breakout in early 2H19 as the reality of the global economic and geopolitical situation becomes impossible to ignore.
Bitcoin
Bitcoin’s been on a tear recently, but I want to highlight something far more important than price action. This past Friday, Rep. Brad Sherman of California uttered something I never expected a sitting politician to publicly admit about the real function of the USD and its central role in U.S. imperialism.
[/size]

Wow, this is amazing. Authoritarian boomer politician explicitly states he wants to ban cryptocurrencies because they threaten the USD as global reserve currency.

If the USD's status is really that weak, there's no way to protect it. #bitcoinhttps://t.co/2rveZeBrkk
— Michael Krieger (@LibertyBlitz)
May 9, 2019

The price soared higher after his comment and I immediately started wondering. Why is he saying this now? Do U.S. banks or the government have indications that sanctioned countries are either buying or using Bitcoin?

As I mentioned in last week’s post, The Old World is Dying, Bitcoin is a transformative asset which allows humans to do stuff they could never do before. Is the old guard finally starting to sweat as they see their archaic, centralized tools of power become increasingly irrelevant? This is just more evidence that the old world in in fact dying.
The Global Debt Bubble
At the core of everything unsustainable and destabilizing about the “old world” we live in, lies the ever expanding global debt bubble. In early 2018, I wrote an opinion piece for The Hill titled, Bitcoin Isn’t the Bubble — the Global Financial System Is, in which I noted:
[/size]

While we’re on the topic of bubbles, it seems the truly gigantic bubble in the world isn’t bitcoin, but rather the global debt market. This leviathan now stands at around $233 trillion, or 318 percent of global GDP. Even more troubling, an estimated $11 trillion of government debt now trades at negative yields. This means whoever is buying this paper is doing so despite the fact they are guaranteed to lose money on the “investment.” Much of this buying has been propelled by central banks which can print their own currency and buy debt indiscriminately. This is not characteristic of a healthy financial system (particularly so many years into a global recovery), but rather a zombie one that’s been artificially propped up since the financial crisis.

Therein lies the crux of the issue. Bitcoin and the crypto asset ecosystem it spawned seem to be a logical reaction to our zombified financial system, which itself is built upon the shaky foundations of a gigantic debt bubble. The rise of bitcoin foreshadows the emergence of something potent and new in the realm of money and finance, which also happens to be something the world desperately needs.

Since then, global debt has added another $11 trillion to $244 trillion and remains sticky at around 318% of GDP.
While it’s dizzying to think in such terms, it gets even worse when you look under the hood. In a must read article published by Bloomberg last week, we learned that the biggest bubble-pumping entity in America, the Federal Reserve, is publicly starting to worry.
[/size]

In its Monday report, the Fed said that credit standards seem to have slipped since it issued its last financial stability analysis in November 2018. The central bank added that loans to firms with especially high debt now exceed earlier peaks in 2007 and 2014.
“The historically high level of business debt and the recent concentration of debt growth among the riskiest firms could pose a risk to those firms and, potentially, their creditors,” the Fed said.

You know it’s bad when even the Fed admits it. Consider yourselves warned.
[/size]

Russian economist, Vladislav Ginko says that some companies and wealthy individuals in Russia have bought 1.8 million bitcoin (about $8.6 billion).