Czech man killed by lion he kept at home

The lion was one of two kept illegally by Michal Prasek in his back yard. A man has been mauled to death by a lion caged at his family home in the eastern Czech Republic.
Michal Prasek owned the nine-year-old big cat and another lioness for breeding, reportedly drawing concern from local residents.
Mr Prasek's father found his body in the lion's cage and told local media it had been locked from the inside.
The animals - living in separate pens - were shot dead by police called to the scene.
A police spokesperson told local media that the shootings were "absolutely necessary for them to get to the man".
Mr Prasek, 34, bought the lion in 2016 and the lioness last year, and kept them both in home-made enclosures in his back yard in the village of Zdechov.
He had previously been fined for illegal breeding as he lacked planning permission for the pens.
But the conflict with the authorities reached a stalemate after Mr Prasek denied anyone entry onto his property.
A lack of alternative facilities in the Czech Republic, and no evidence of animal cruelty, also prevented the authorities from forcibly removing the animals.
Mr Prasek made headlines last summer after a cyclist collided with a lioness he was taking out for a walk on a leash.
After intervention by police, the incident was deemed a traffic accident.
"Today's incident will perhaps finally help to resolve this long-term problem," said Zdechov mayor Tomas Kocourek. 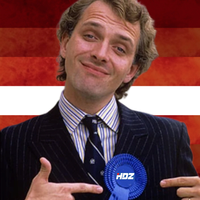