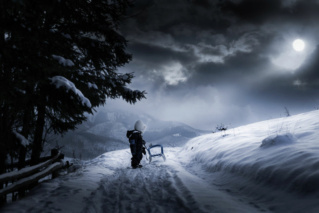 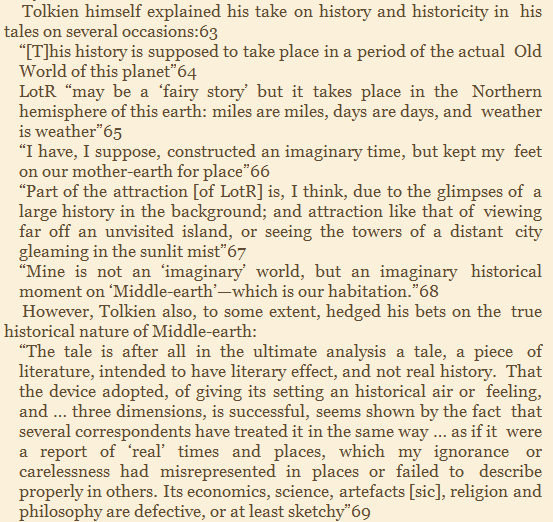 The Hidden Way was protected by seven gates, all constantly guarded; the first of wood, then stone, Bronze, Iron, Silver, Gold, and Steel.

Concerning the Origin of Dragons

The tale of Beren and Lúthien was regarded as the central part of his legendarium by Tolkien. The story and the characters reflect the love of Tolkien and his wife Edith. Particularly, the event when Edith danced for him in a glade with flowering hemlocks seems to have inspired his vision of the meeting of Beren and Lúthien. Also some sources indicate that Edith's family disapproved of Tolkien originally, because he was a Catholic. On Tolkien's grave, J. R. R. Tolkien is referred to as Beren and Edith is referred to as Lúthien.

EOWYN
“No living man am I! You look upon a woman.”
The strongest female character that comes to most people’s mind is Eowyn. She was a shieldmaiden who went to fight alongside men. She famously killed the Witch-king of Angmar. Tolkien was inspired to write this sequence after he found a flaw in the prophecy in Shakespeare’s “Macbeth”: “Be bloody, bold, and resolute. Laugh to scorn the power of man, for none of woman born shall harm Macbeth.” which he found that this meant that a woman could actually kill him.

GALADRIEL
“…but Galadriel, the only woman of the Noldor to stand that day tall and valiant among the contending princes, was eager to be gone.”
Galadriel is a very ancient Elf and Tolkien describes her as strong and tall as an Elven man, that’s why her mother gave her the name “Nerwen” which means Man-maiden. When she was young, she was rebellious of nature, strong-willed and wished to rule a realm of her own. And she succeeded it.

LUTHIEN TINUVIEL
The most beautiful maiden that ever lived and inspired by Tolkien’s wife, Edith. In the Silmarillion, we see she is a powerful Elf who isn’t afraid to take initiatives. To save the man she loves, she runs away from her King father, defeats Sauron in a spell-battle, releases his captives, enchants Morgoth (Sauron’s mighty boss) and helps Beren retrieve a Silmaril.

HALETH
“…and Haleth only brought her people through it with hardship and loss, constraining them to go forward by the strength of her will.”
A lesser-known character, Haleth was also a female warrior. After her father and brother were killed, she valiantly held the forces while being cornered by Orcs. Eventually, she was saved by the Elven lord, Caranthir, but she was too proud to remain close to him and led her people far away. The people loved her and she held them together with her strong leadership skills and created her own realm in the Forest of Brethil. In a different version, Tolkien describes her as “a renowned amazon with a picked bodyguard of women”. (Tolkien, J. R. R. (1996), Christopher Tolkien, ed., The Peoples of Middle-earth, Boston: Houghton Mifflin, Of Dwarves and Men, p. 309)

AREDHEL
“I am your sister and not your servant, and beyond your bounds I will go as seems good to me. And if you begrudge me an escort, then I will go alone.”
Aredhel was tall and strong, and loved much to ride and hunt in the forests. She is considered one of the most fearless and self-confident Elven maids and loved freedom. Her relationship with Eol, though, leaves a lot to discussion.

IDRIL CELEBRINDAL
“…But Idril Celebrindal was wise and far-seeing, and her heart misgave her, and foreboding crept upon her spirit as a cloud.”
Idril was a wise-hearted and foresighted Elven princess of the First Age. It was thanks to her initiative that a remnant of Elves managed to escape the sack of Gondolin by secretly having a tunnel opened under the mountains. She led her people and if it wasn’t for her idea, no one would have escaped (and this would have had terrible consequences as her descendants were some of the most influential characters).

MELIAN THE MAIA
Melian was the mother of Luthien and a Maia, a semi-divine species. She fell in love with the Elven-King Thingol and thanks to her magic, she protected his realm with the Girdle of Melian. It was thanks to her that the Sindarin kingdom was safe and prospered for centuries while other realms were in constant battles against Orcs. She was the one who taught the Sindarin Elves wisdom, old lore and arts that they otherwise wouldn’t have learned and would have probably been be akin to the Dark Elves of the East.

MORWEN ELEDHWEN
Morwen was one of the most beautiful mortal women that ever lived and the mother of the tragic hero Turin Turambar. She is known as very proud, stern and strong-willed. The barbaric men who conquered her land dared not to touch her because they were afraid of her. When she went to King Thingol’s realm and found her son was gone, she went by herself to find him during perilous times. This proved a bad decision though…

YAVANNA
The Vala (deity) of Nature. She created the famous Two Trees of Valinor, which played an important role in the Elder Days. It is through their holy light that the Undying Lands were so fruitful and the Elves that lived there became stronger than anywhere else. Their light was later trapped in the Silmarils, the holy gems that were central in the wars of the First Age. The light of her Two Trees was also used in the creation of the Sun and the Moon.

Honourable mention: the Numenorean Queen, Tar-Ancalime, who can be considered a proto-feminist.

NERDANEL
Nerdanel was the wife of Feanor. She’s described as free of mind, understanding, strong and skillful. The fact that she was the only one who could control someone like Feanor shows her inner strength. Also, having her take up stereotypically unfeminine occupations (such as crafting/sculpting) and having a wife influencing such a powerful husband is definitely a non-traditional view that isn’t found in old literature where it was expected that wives should be submissive. Even when Feanor told her that as a good wife she ought to follow him to Beleriand, she didn’t succumb and remained strong and wise. Moreover, her wandering alone in Aman (where she met Feanor) shows independence. All these demonstrate a strong female figure.

ANDRETH
Andreth was a mortal wisewoman from the House of Beor. She was so highly esteemed that Finrod Felagund himself would seek to converse with her. Throughout old literature, wisdom wasn’t a popular trait that writers would give to female characters. In the past centuries, the seeking of knowledge wasn’t expected to be the field of women. So, having a mighty ruler like Finrod seeking a woman’s company and appreciating her for this reason is something that most male heroes of old stories would rarely do, since they valued male opinion more. Here, Tolkien provides a different view in gender interaction.


TOLKIEN explores the formative years of the orphaned author as he finds friendship, love and artistic inspiration among a group of fellow outcasts at school. This takes him into the outbreak of World War I, which threatens to tear the “fellowship” apart. All of these experiences would inspire Tolkien to write his famous Middle-Earth novels.