September 11, 2019
The focus of Curiosity's activities since returning to operations after conjunction, now that Mars has safely moved out from behind the sun, is to finish up the analyses associated with the drilling campaign at "Glen Etive 1." Yestersol we planned to dump drill fines from the drill bit assembly (DBA) and the analyses of those fines with APXS (for chemistry) and MAHLI (for close up colour and texture), as well as obtaining MAHLI images of the drill hole and associated fines surrounding the hole (tailings). The MAHLI images of the drill tailings allowed us to choose the best location on the tailings to analyze with APXS in the plan tosol. We are interested in comparing the chemistry of the tailings, versus the DBA fines, versus the brushed surface prior to drilling to look for variations in composition with depth. We may have intersected different layers during drilling; the tailings are typically derived from the top 2 cm of the drill hole, while the DBA fines are derived from the lower several cms. More MAHLI imaging of the the drill hole was also planned, including angled night time imaging down the hole to look for any obvious layering or veins. In the Payload Uplink/Downlink role for the APXS instrument tosol, I was involved in helping to select where to place APXS, working with the rover arm engineers at JPL in Pasadena, as well as being responsible for delivering the commands to our instrument to execute the measurement.
Because the current, as well as upcoming activities require substantial power the geology group decided not to plan any further science observations tosol, thereby conserving power. However, the environmental group planned the normal cadence of background REMS and DAN passive measurements. Standard RAD measurements were also planned.
The team is looking forward to wrapping up here at Glen Etive 1 and drilling another hole close by to enable a more detailed study of this material with the internal rover laboratory instruments, CheMin and SAM.
NASA's Mars rover Curiosity acquired this image using its Mars Hand Lens Imager (MAHLI) on Sol 2523 Credit: NASA/JPL-Caltech/MSSS. ~25 cm standoff MAHLI image of the Glen Etive 1 drill hole. The hole is ~1.6 cm diameter. This image is being used to place APXS on the tailings surrounding the hole in the plan tosol.
These blog updates are provided by self-selected Mars Science Laboratory mission team members who love to share what Curiosity is doing with the public.
Dates of planned rover activities described in these reports are subject to change due to a variety of factors related to the Martian environment, communication relays and rover status

Two of these devices are in-situ or contact instruments known as the Alpha Particle X-ray Spectrometer (APXS) and the Mars Hand Lens Imager (MAHLI). The remaining three devices are associated with sample acquisition and sample preparation functions: Collection and Handling for In-situ Martian Rock Analysis (CHIMRA), a Drill System and the Dust Removal Tool (DRT). I have identified the devices on some of the images, these also include time stamps so you can see how long it took to move the turret in between the images, scroll through the other images to see all of the devices. the last one has scale ;) 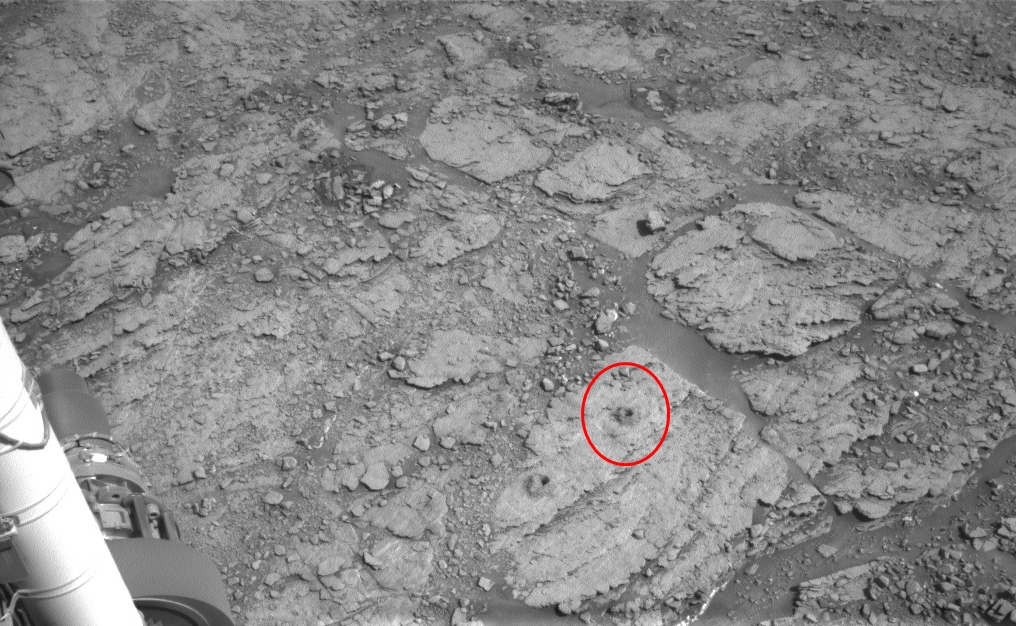 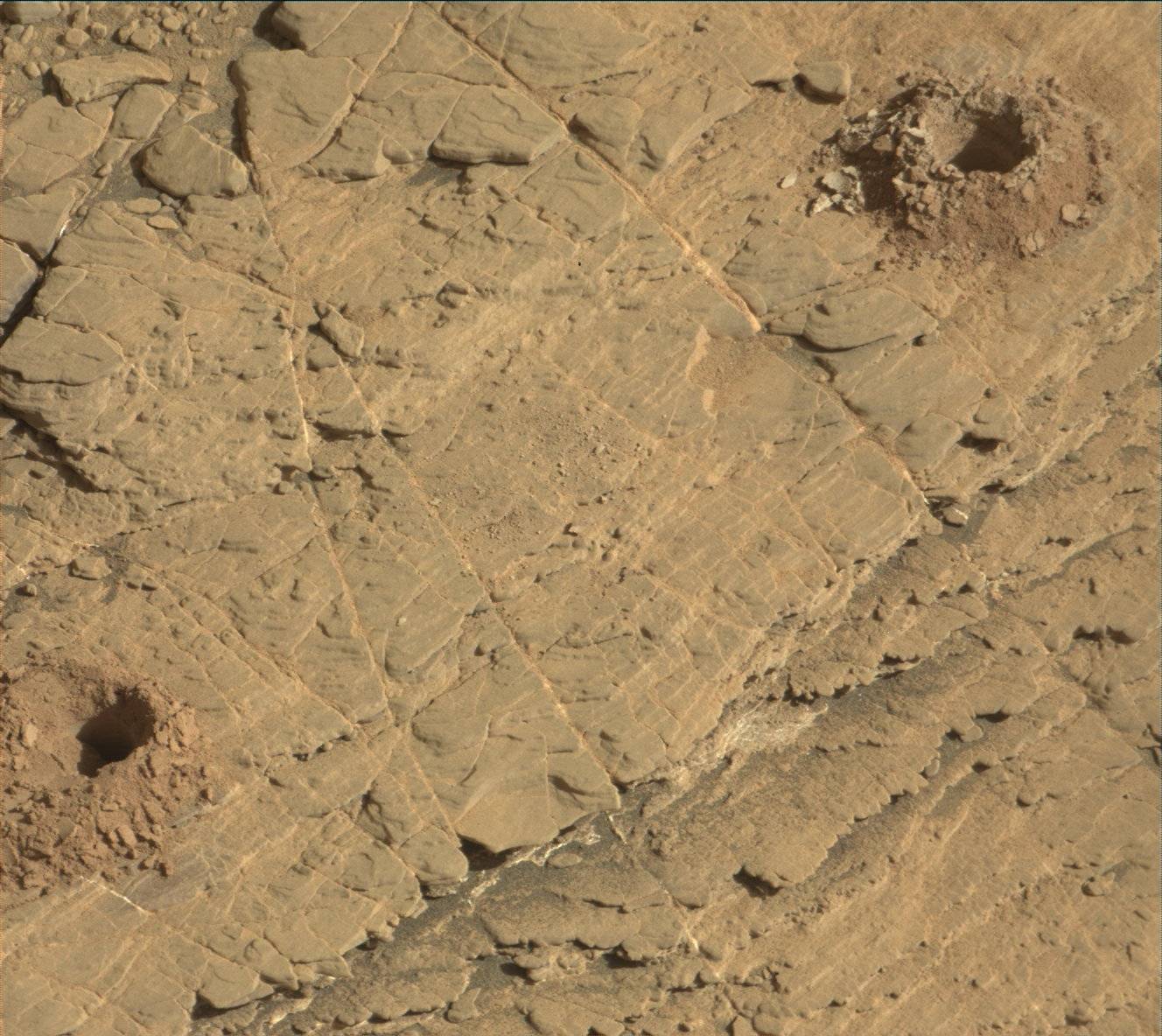 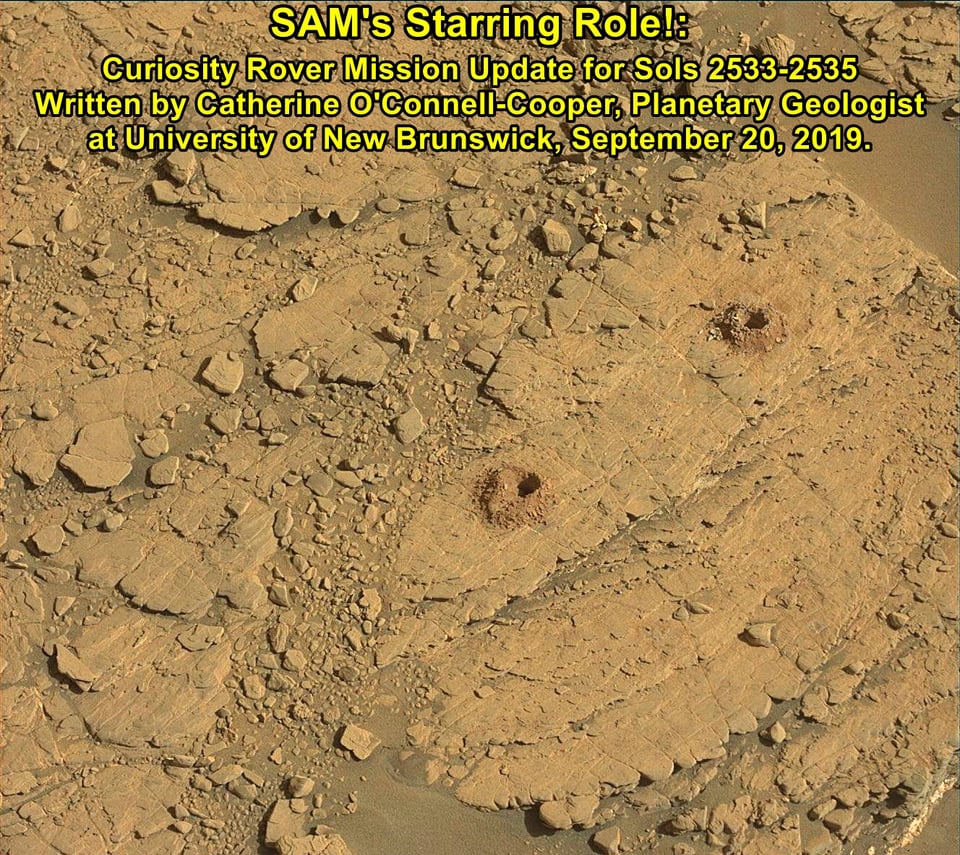 Top Contributor5 points · 14 hours ago
SAM's Starring Role!: Curiosity Rover Mission Update for Sols 2533-2535: Written by Catherine O'Connell-Cooper, Planetary Geologist at University of New Brunswick, September 20, 2019.
Planning for this past week has centered on analyzing the high potassium drill sample, Glen Etive 2, using the Sample Analysis at Mars (SAM) instrument. Portions of the drilled sample were delivered to SAM in Wednesday's plan, and an evolved gas analysis (EGA) conducted. This involved heating the sample to very high temperatures and measuring the gases that bake out of the sample with each temperature increment. Following the successful completion of the EGA, SAM will uplink a sequence in today's plan to clean the SAM Gas Chromatograph (GC) Columns, before some sample is transferred internally for a special wet chemistry experiment in next week's plan. The Chemistry and Mineralogy (CheMin) instrument will also do some preparation work in this plan, ahead of a planned sample drop-off to CheMin at the end of next week.
Although we wanted to dedicate most of Curiosity's resources to the continuing Glen Etive analysis, the Geology theme group (GEO) managed to fit in some geology observations. ChemCam will analyze two targets, investigating soil and pebbles at "Kilpatrick" and refining bedrock composition at "Glen Lyon" (previously shot on sol 2481.)
In addition to imaging the ChemCam targets to support geological interpretation, Mastcam will revisit the sol 2491 "change detection" target "Dundee." This target contains both sand and bedrock, making it easier to track small-scale changes, such as sand moving over bedrock. Although change detection studies track small particle movements, they are of immense use, helping us understand the larger picture, such as sand dune movement and changing wind regimes.
The Environmental Theme Group (ENV) will monitor large-scale surface changes, such as those due to strong winds and atmospheric vortices (dust devils), and look at broader environmental conditions (clouds, atmospheric dust) in Gale and beyond.
I was the Strategic Planner for APXS this week. Normally this is a busy role, helping to choose targets which will give us the most scientific return, but as movement of the rover arm (required to place APXS next to a sample) is not allowed whilst SAM is actively investigating a sample, it has been a quiet week for APXS. However, it is exciting to see SAM have a starring role this week, and we are eagerly anticipating the results from SAM and CheMin over the next few weeks!
NASA's Mars rover Curiosity acquired this image using its Mast Camera (MastCam) on Sol 2529, it features both Glen Etive drill holes, surrounded by "tailings" produced by the drilling process. Image credit: NASA/JPL-Caltech/MSSS.

These blog updates are provided by self-selected Mars Science Laboratory mission team members who love to share what Curiosity is doing with the public.
Dates of planned rover activities described in these reports are subject to change due to a variety of factors related to the Martian environment, communication relays and rover status.
_________________
"Prvi znak ljudske gluposti je potpuno odsustvo stida" (Sigmund Freud) 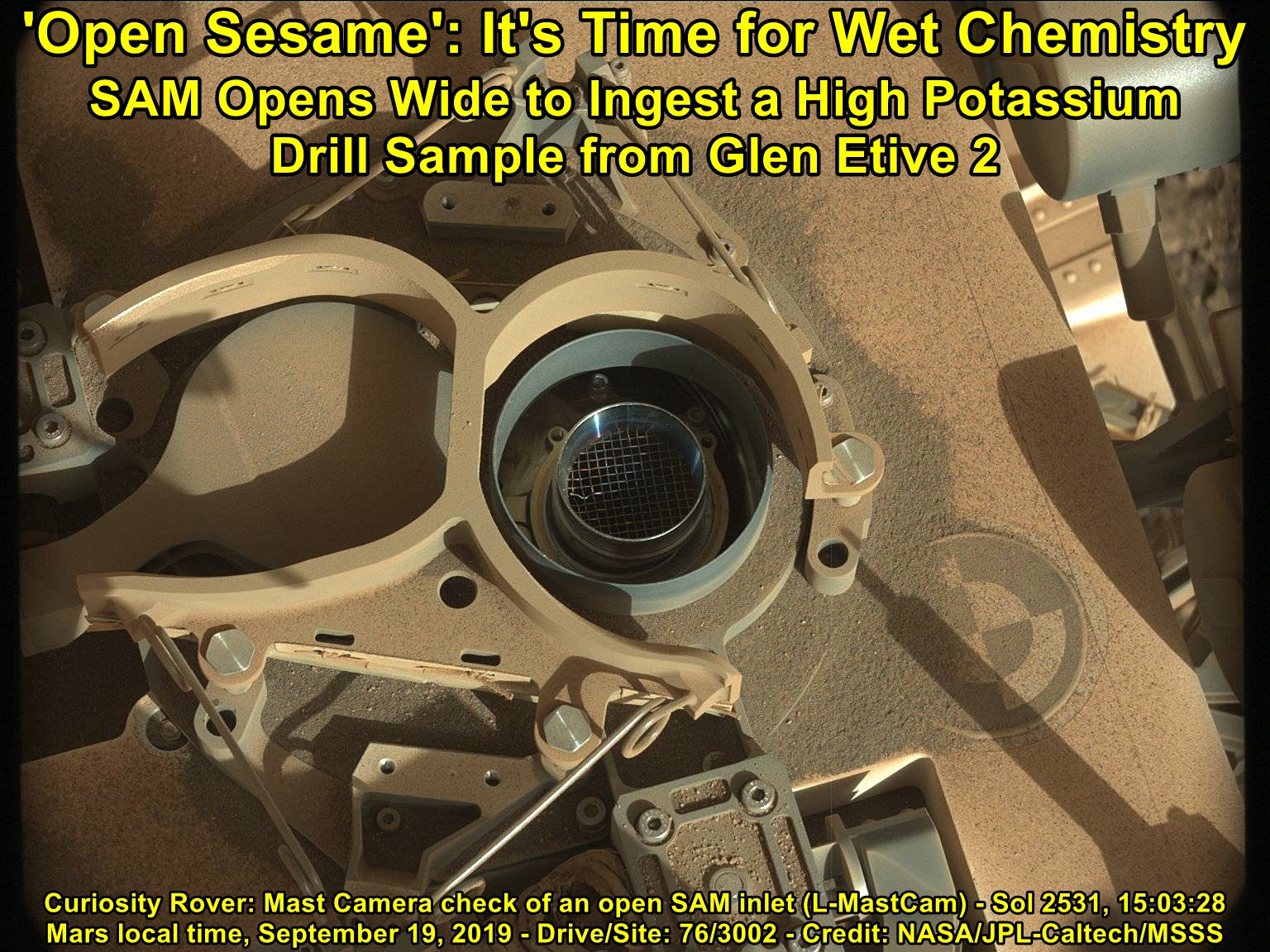