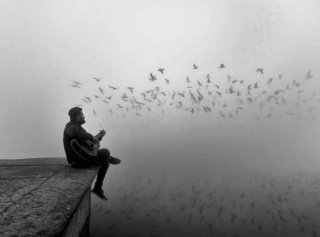 The Age of Trolls

iPredator: iPredator is a person, group or nation who, directly or indirectly, engages in exploitation, victimization, coercion, stalking, theft or disparagement of others using Information and Communications Technology (ICT). iPredators are driven by deviant fantasies, desires for power and control, retribution, religious fanaticism, political reprisal, psychiatric illness, perceptual distortions, peer acceptance or personal and financial gain. iPredators can be any age or gender and are not bound by economic status, race, religion or national heritage.
iPredator is a global term used to distinguish anyone who engages in criminal, coercive, deviant or abusive behaviors using ICT. Central to the construct is the premise that Information Age criminals, deviants and the violently disturbed are psychopathological classifications new to humanity. Whether the offender is a cyberbully, cyberstalker, cyber harasser, internet troll, cybercriminal, online sexual predator, cyber terrorist, online child pornography consumer/distributor or engaged in internet defamation or nefarious online deception, they fall within the scope of iPredator. The three criteria used to define an iPredator include:
[list="box-sizing: border-box; margin-right: 0px; margin-left: 0px; padding-right: 0px; padding-bottom: 23px; padding-left: 0px; border: 0px; outline: 0px; background: rgb(255, 255, 255); font-size: 16px; vertical-align: baseline; list-style-position: inside; list-style-image: initial; line-height: 26px; color: rgb(102, 102, 102); font-family:"]
[*]A self-awareness of causing harm to others, directly or indirectly, using ICT.

[*]The usage of ICT to obtain, tamper with, exchange and deliver harmful information.

[*]A general understanding of Cyberstealth used to engage in criminal or deviant activities or to profile, identify, locate, stalk and engage a target.

[/list]
Unlike human predators prior to the Information Age, iPredators rely on the multitude of benefits offered by Information and Communications Technology [ICT]. These assistances include exchange of information over long distances, rapidity of information exchanged and the seemingly infinite access to data available. Malevolent in intent, iPredators rely on their capacity to deceive others using ICT in the abstract and artificial electronic universe of cyberspace. iPredators rejoice when they identify vulnerable online users and those who are not aware of basic internet safety principles. 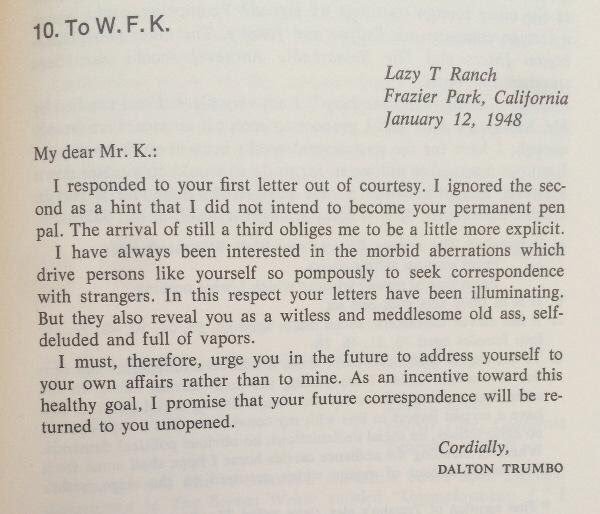 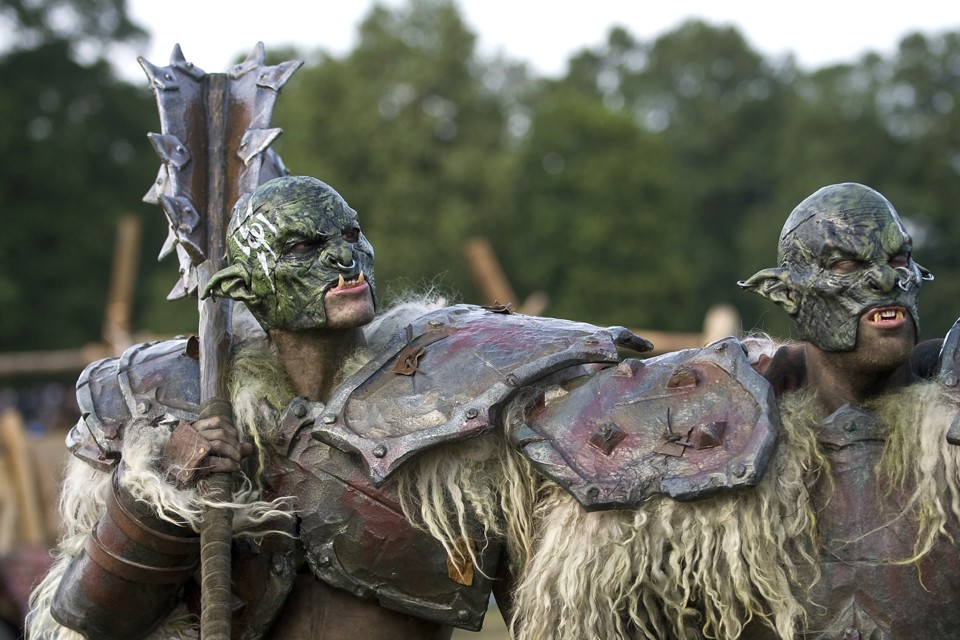 
Despite their best efforts, the political provocateurs of the 2016 election have failed at the art of making people angry.


Political provocateurs have won an incredible amount of attention during this election cycle. They have harassed Jewish journalists. They have bullied a black actress. Hillary Clinton gave a whole speech dedicated to the so-called “alt right,” a vague umbrella term for a loose coalition of people whose beliefs range from forthright racism and anti-semitism to bitter antipathy toward what they define as “political correctness.” Donald Trump himself is arguably best described as a provocateur; his preternatural talent for making subtly offensive statements has won him endless free media coverage, a fact he has touted with glee.


While media outlets have often used the word “trolling” to describe these kinds of comments, they’re less trolling than symbols of the decline of trolling, an art which has been soured by pointless nastiness.

Trolling, or purposefully angering certain groups or individuals in order to make a point, is a phenomenon of the internet, but its spirit has long been alive in politics. Phyllis Schlafly provoked Betty Friedan into threatening to burn her at the stake, proving Schlafly’s point about how intemperate and un-feminine ERA advocates could be. Gore Vidal so incensed William F. Buckley that the conservative writer called Vidal a “queer” and threatened to “sock you in your goddamn face,” exposing the worst of Buckley’s ideological shortcomings.

In his book, Blinded by the Right, the conservative-turned-Clintonite political operative David Brock describes a sort of heyday of political trolling in the late 1980s and early ’90s —an era that no doubt preceded the widespread use of the term. Dinesh D’Souza and Laura Ingraham, both still in college, “consciously [aped] the outrageous rhetoric and radical tactics of the ’60s” in their conservative journal at Dartmouth, previewing their future professional stunts pulled in protest of political correctness and hypocrisy. Even more recently—from affirmative-action bake sales to movements like Periods for Pence—it has been illuminating for political advocates to turn their opponents’ arguments against them through provocation.

But most of the trolling done online today, particularly by groups that are labeled part of the “alt-right,” doesn’t have any purpose or deeper meaning. For the most part, it’s just offensive. It is arguably distinct from the internet shenanigans of groups like anonymous or 4chan, which dominated the mainstream understanding of “trolling” just one or two election cycles ago. As political culture and internet culture have become increasingly intertwined, mainstream media outlets have become more likely to spot and amplify the offensive behavior that characterizes the fringes of American politics.


Not only is it inaccurate to label this behavior mere trolling—it’s bad for democracy. It gives bigots an excuse to hide their bigotry with playfulness. It legitimizes hateful political speech. And it ultimately expands the acceptable band of rhetoric in mainstream political discourse: Under the guise of “anti-political-correctness,” any individual or group can claim the right to be as hateful as they want, poisoning potentially constructive arguments with pointless antagonism.


Admittedly, the term “trolling” has become almost as vague a term as “alt-right.” “I don’t use the word ‘troll’ anymore,” said Whitney Phillips, an assistant professor at Mercer University. In her first book, Phillips studied the online message-board forum 4chan, which involved a “highly regulated linguistic system” used by people who self-identified as trolls. As more groups started participating in behavior that resembled 4chan-style trolling, “that term started to take on so many shadings of meaning,” she said. The word now “subsumes everything from silly mischief on Twitter all the way up to the kinds of behaviors that were deployed against Leslie Jones.”

As offensive discourse has proliferated—or perhaps more accurately, has more frequently found its way into mainstream forums—some have tried to maintain this element of putative joking. When Hillary Clinton made a speech on Saturday comparing Trump’s followers to a “basket of deplorables,” his supporters quickly transformed the bizarre phrase into memes. The political strategist Roger Stone included Pepe the Frog—a once-innocuous meme that has become the unofficial mascot of the alt-right—on his movie-poster-style line-up of action-hero “deplorables,” while David Duke, the white nationalist U.S. Senate candidate, edited the line “anti-racist is a code word anti-white” into his version.

Ostensibly, this is what makes trolling different from other kinds of retorts: The chief feature is irony, and the troll derives his power from being the master of the joke. In some cases, the irony comes full circle: While Duke may have been trying to mock Clinton, his meme just ended up proving her point that some Trump supporters are racist.

No matter what, the problem with labeling these kinds of memes as “mere” jokes is that it implies the underlying hateful sentiment is ironic rather than sincere, even when it isn't.


“It allows people to say, ‘You can’t hold me responsible. Don’t get mad at me. I was’—drum roll—‘just trolling,’” said Phillips. “It’s as if the intentionality behind a hateful utterance takes away from the fact that a hateful utterance was hateful.”


"To call it trolling gives them more credit than they might deserve."

The mainstream attention given to trolls, and the use of troll-style tactics by public figures like Donald Trump, could be explanations for why trolling had gotten dumber.

That’s not to say that journalists who write about the alt-right or Hillary Clinton’s speech about extremist ideology are responsible for racism on the internet. But they can exacerbate it. “When your job is to comment on things that are happening, it’s a weird feeling to know that, by engaging with something—even to condemn it, or even to question it—that’s attracting more participants to the space,” Phillips said. “You are giving something greater life by talking about it.”

It might seem pointless to mount a defense of humane trolling, if “trolling” even means anything anymore. The people perhaps least in need of saviors are those who love to excoriate others with their wit. But it’s a sign of just how dead American political discourse has become that even fairly obvious and well-executed trolls—like this piece about Hillary Clinton needing to be propped up on pillows—are taken seriously and rebutted soberly.

And there’s a darker downside to eliding all kinds of “offensive” political discourse: If any kind of speech, whether it’s a Pepe meme or racist tweetstorm, is dismissed as only being playful, the meaning becomes impossible to falsify. If a comment seems offensive, and feels offensive to those who read it, that makes it offensive; but the guise of “trolling” gives people license to offend without purpose or end.

“A lot of the things that they’re saying and doing—regardless of whether or not they’re undertaken in the spirit of play—it’s racist, it’s anti-Semitic, it’s homophobic, it’s all of these things that deeply impact people at the level of embodied identity,” Phillips said. These provocateurs aren’t just using irony as their medium; they’re using it as an excuse to say things that are [or at least were lolsob] unacceptable in mainstream political discourse.“To call it trolling gives them more credit than they might deserve.”

Some kinds of trolling are worth defending. Pointed speech which makes people uncomfortable—on college campuses, for example—can have an educative or constructive political purpose. But “where you draw the line is when that kind of provocative speech silences others,” Phillips said. “Shouting down or making others feel unsafe so that they can’t participate—for me, that’s the ethical threshold.”

There’s always been bad trolling—provocations that fail to be funny or that are designed to hurt others. But now it’s all hate. Online bigots have adopted the idioms of trolling to create a sense of deniability. By letting them own offensiveness, politicians, journalists, and internet-watchers give them credibility.

Better, then, to call David Duke’s meme-making and all the other alt-right activity what it is: dumb racism. Bring back the Dinesh D’Souzas and the Gore Vidals of the world; at least their rabble-rousing was occasionally smart. Some people like to repeat the aphorism “don’t feed the trolls,” as though it could be cross-stitched onto an cute settee pillow. Feed the trolls, actually. Just feed the ones who actually have something to say.