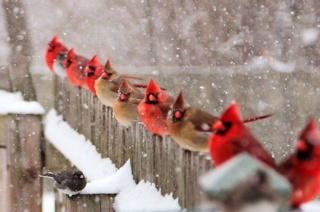 The Battle for Mars

NASA asked 12 spaceflight companies, including Blue Origin and Boeing, to study the future of commercial spaceflight in space — a bid to build a “robust low-Earth orbit economy” without relying on government-funding.
The companies assessed what habitable platforms in space could look like, and found that in-space research laboratories, manufacturing, entertainment, marketing and — of course — space tourism could all turn a huge profit in the long run.

One major theme the studies’ results had in common was that economies of scale and growing markets could soon bring down the high costs of entering low-Earth orbit — one of the biggest barriers to entry faced by commercial space companies today.

The news comes after the Trump administration’s budget request from last year didn’t include direct funding for the ISS past 2024. That’s a big omission: the ISS is the only space habitat of its kind currently in operation.

At this point, the studies are mostly just words.
But as the costs of launching both cargo and humans into space plummets, more and more companies are seeing tremendous opportunities in turning low-Earth orbit into a
_________________ 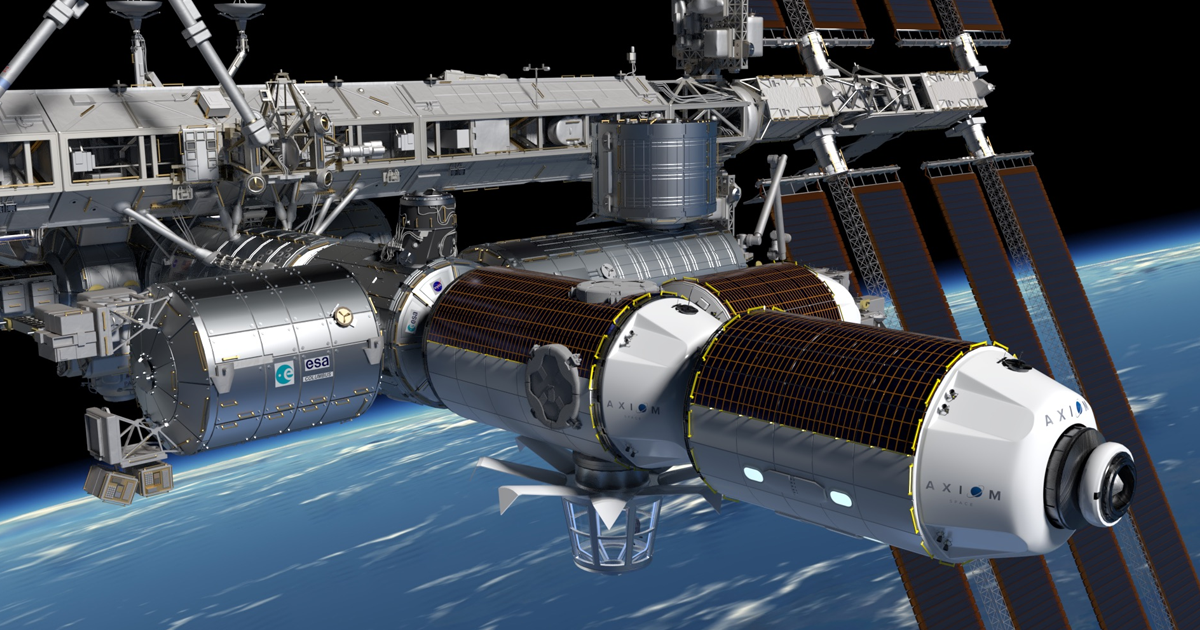 Two weeks ago came out the first season 4 teaser for The Expanse TV series - a political sci-fi detective set a few centuries in the future where humans have colonized the entire Solar system; Mars is one of two competing superpowers in the universe of The Expanse. There are two short scenes on Mars in the teaser.
Human colony bored into a Martian mountain: 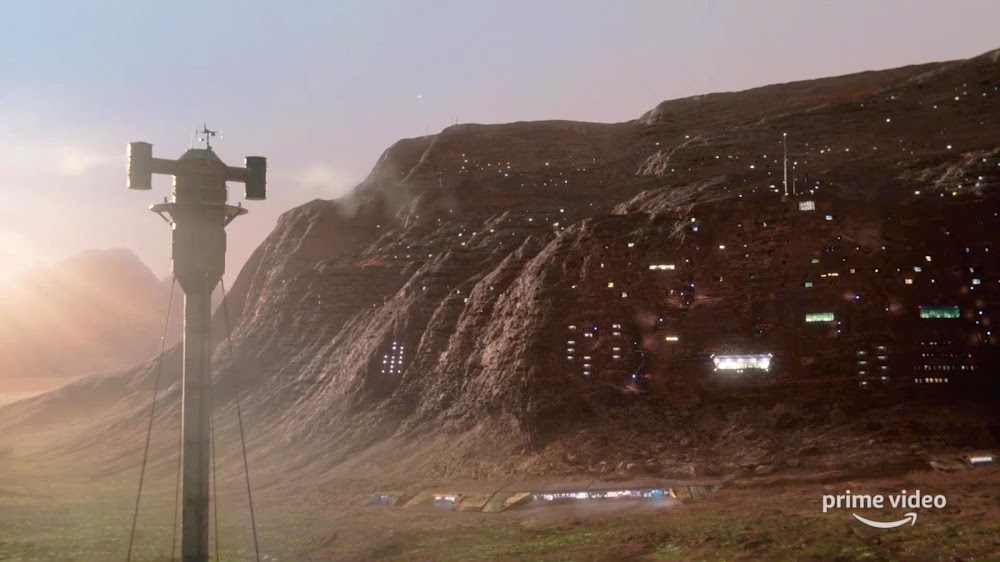 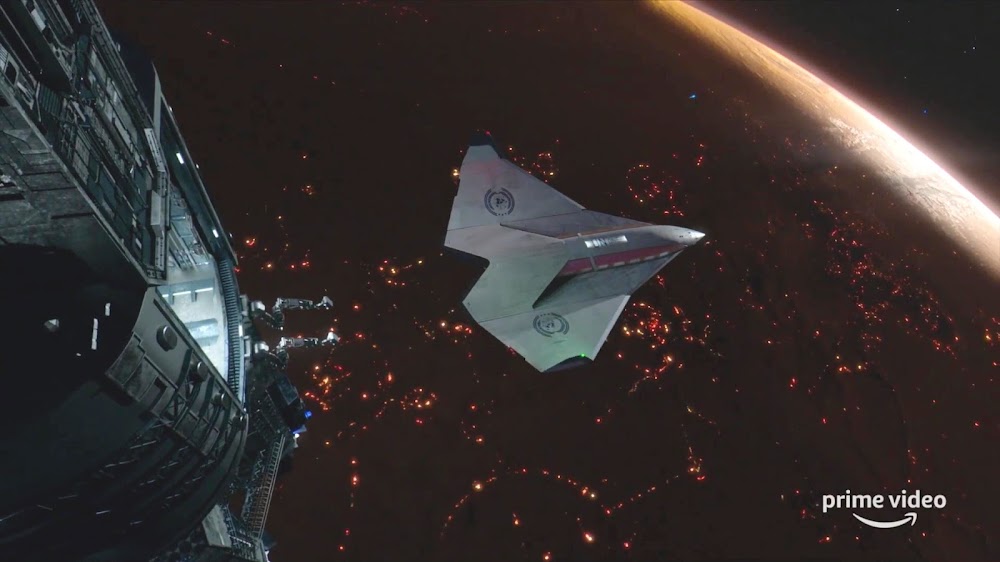 By Adam Mann 6 days ago Space 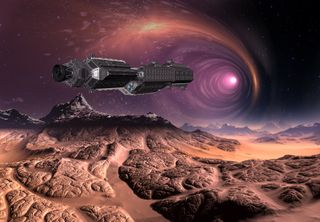 As light interacts with biological molecules, it gets circularly polarized, meaning it travels in spirals. Astrobiologists think we could one day build "life scanners" that could detect life on alien worlds by the telltale signature of such polarized light.
(Image: :copyright: Shutterstock)


When the crewmembers of the starship Enterprise pull into orbit around a new planet, one of the first things they do is scan for life-forms. Here in the real world, researchers have long been trying to figure out how to unambiguously detect signs of life on distant exoplanets.
They are now one step closer to this goal, thanks to a new remote-sensing technique that relies on a quirk of biochemistry causing light to spiral in a particular direction and produce a fairly unmistakable signal. The method, described in a recent paper published in the journal Astrobiology, could be used aboard space-based observatories and help scientists learn if the universe contains living beings like ourselves.
In recent years, remote-life detection has become a topic of immense interest as astronomers have begun to capture light from planets orbiting other stars, which can be analyzed to determine what kind of chemicals those worlds contain. Researchers would like to figure out some indicator that could definitively tell them whether or not they are looking at a living biosphere.
Related: 9 Strange, Scientific Excuses for Why Humans Haven't Found Aliens Yet
For instance, the presence of excessive oxygen in an exoplanet's atmosphere might be a good hint that something is breathing on its surface. But there are plenty of ways that nonliving processes can generate oxygen molecules and trick remote observers into believing a world is teeming with life.
Therefore, some researchers have suggested looking for chains of organic molecules. These living chemicals come in two arrangements — a right-handed and a left-handed version that are like mirror-flipped images of each other. In the wild, nature produces equal amounts of these right- and left-handed molecules.
"Biology breaks this symmetry," Frans Snik, an astronomer at Leiden University in the Netherlands and co-author of the new paper, told Live Science. "This is the difference between chemistry and biology."
On Earth, living creatures select one molecular "hand" and stick with it. The amino acids that make up the proteins in your body are all left-handed versions of their respective molecules.
When light interacts with long chains of these different-handed arrangements, it becomes circularly polarized, meaning that its electromagnetic waves will travel in either clockwise or counterclockwise spirals. Inorganic molecules won’t generally impart this property to rays of light.
In previous work published online in the preprint journal arXiv, Snik and his colleagues looked at freshly picked English ivy leaves in their lab and watched as the chlorophyll (a green pigment) created circularly polarized light. As the leaves decayed, the circular polarization signal grew weaker and weaker, until it entirely disappeared.
The next step was to test the technique in the field, and so the researchers took an instrument that detects such polarity to the roof of their building at Leiden University and aimed it at a nearby sports field. They were perplexed to see no circularly polarized light, Snik said, until they realized that this was one of the few sports fields in the Netherlands using artificial grass. When the researchers aimed their detector at a forest a few miles away, the circularly polarized signal came through loud and clear.
Related: 13 Ways to Hunt Intelligent Aliens
The million-dollar question is whether or not organisms on another world would exhibit a similar favoritism for single-handed molecules, Snik said. He believes it is a fairly good bet, since carbon-based chemicals best fit together when they all share the same handedness.
His team is now designing an instrument that could be flown to the International Space Station and map the circular polarization signal of Earth to better understand how an analogous signature might look in the light of a distant planet.
That will be an extreme but worthwhile challenge, Edward Schwieterman, an astronomer and astrobiologist at the University of California, Riverside who was not involved in the work, told Live Science. Capturing an exoplanet's light means blocking out the light from its parent star, which is usually around 10 billion times brighter, he added. If the world is alive, only a tiny fraction of its light will contain the circular polarization signal.
"The signal is small, but the level of ambiguity is also small," Schwieterman said, making the method useful despite its difficulty.
Future enormous space-based telescopes, such as the Large UV Optical Infrared Surveyor (LUVOIR) observatory, might be able to tease out this faint signature. LUVOIR is still just a concept, but would have a mirror diameter six times wider than the one in the Hubble Space Telescope and could probably fly in the mid-2030s, officials estimate.


Snik thinks the circular polarization technique could also be brought to bear closer to home, on an instrument flown to potentially habitable moons in the outer solar system such as Europa or Enceladus. By aiming such a detector at these frozen worlds, scientists might see the signal of living creatures.
"Maybe our first detection of extraterrestrial life will be in our backyard," said Snik.
_________________ 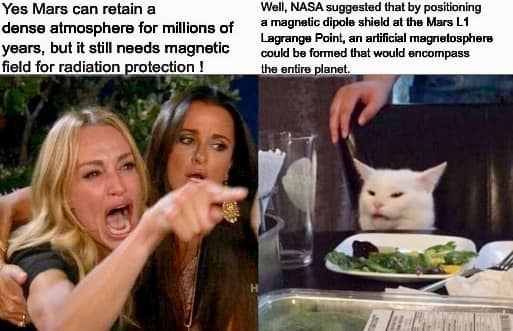